Yesterday I didn’t wake up until 11 AM. This is very unusual for me, but I’m trying to cut myself some slack. I’ve been having the most vivid, symbolic dreams since I arrived in Berlin. One night, I dreamed that various scary creatures kept appearing from behind the walls- one of these was a giant worm like thing, and I climbed up high between two walls and refused to come down until someone killed it.

Last night I dreamed that there were baby alligators behind the headboard of my bed. I asked my mom to move them outside, and when I came back the entire bed was gone and in its place was a giant pit where GIANT alligators were writhing over each other. People kept walking by and falling into the pit and getting eaten. These dreams are kind of freaking me out, to be honest.

So I woke up late. The first order of business was a long overdue grocery store trip. I’ve had some money drama since arriving in Berlin- way fewer places take my credit card than I anticipated, which means I’ve needed to have cash. However, my bank debit card got compromised the night before I was supposed to leave the country, and I only have a Paypal debit card at my disposal. Which works, but it takes a full 5 DAYS for money to transfer from my bank to Paypal. At least 2 of those days the money has disappeared from my bank account and is floating in some hinterland before I get access to it through Paypal. It is a complete pain in the ass.

So Elliat has been taking pity on me and feeding me since I got here. I was happy to be able to buy her groceries in return.

Weird billboard on the way to the store. German cowboy! 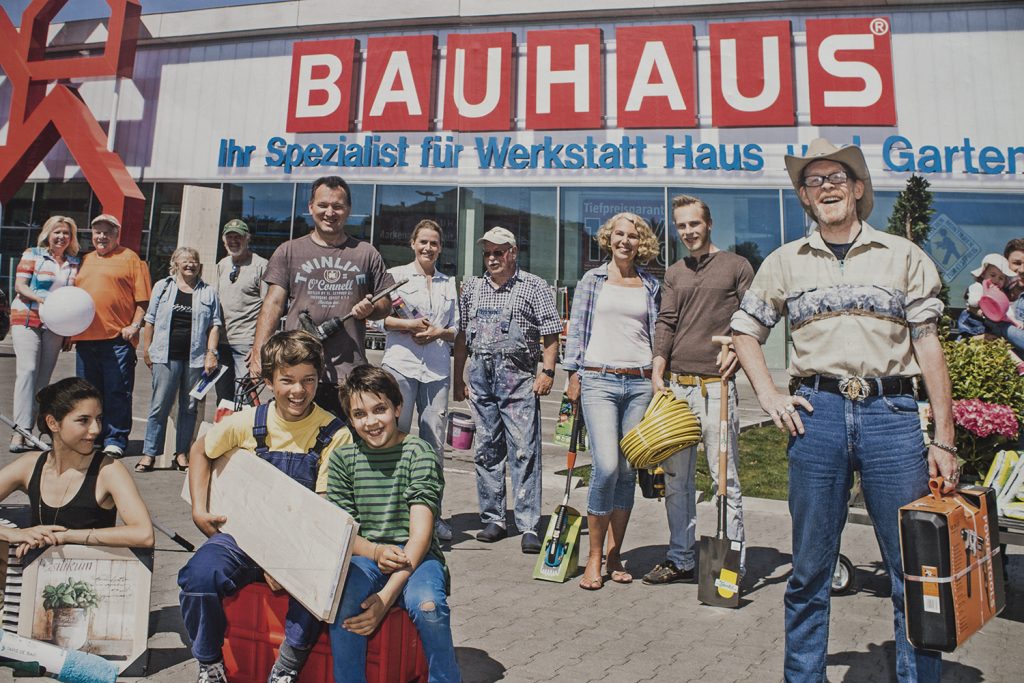 Elliat models some meatballs in a jar. 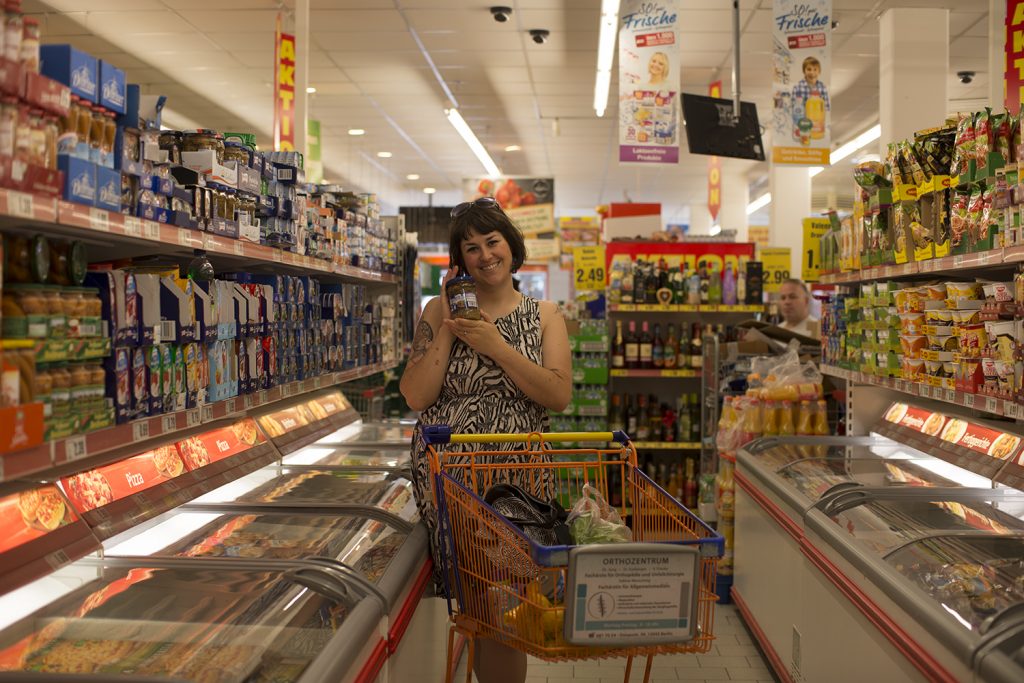 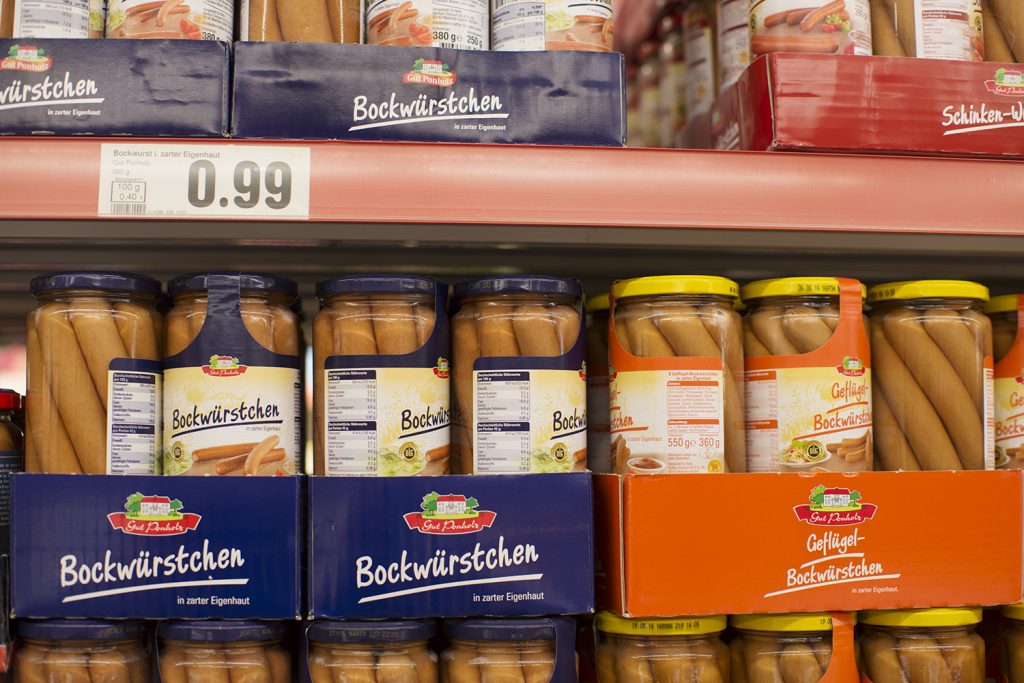 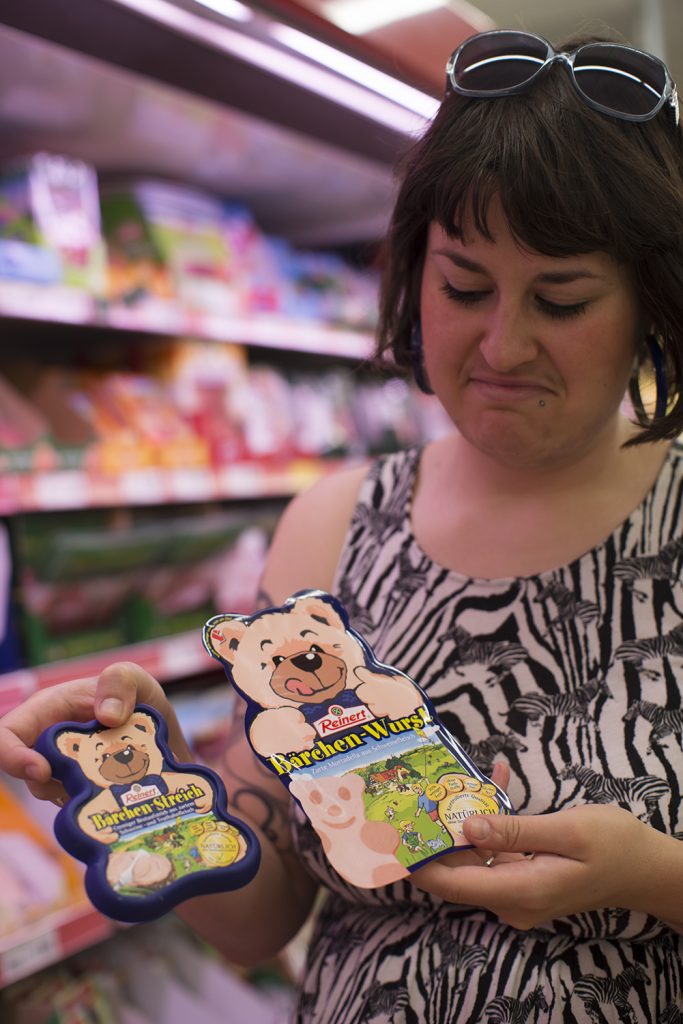 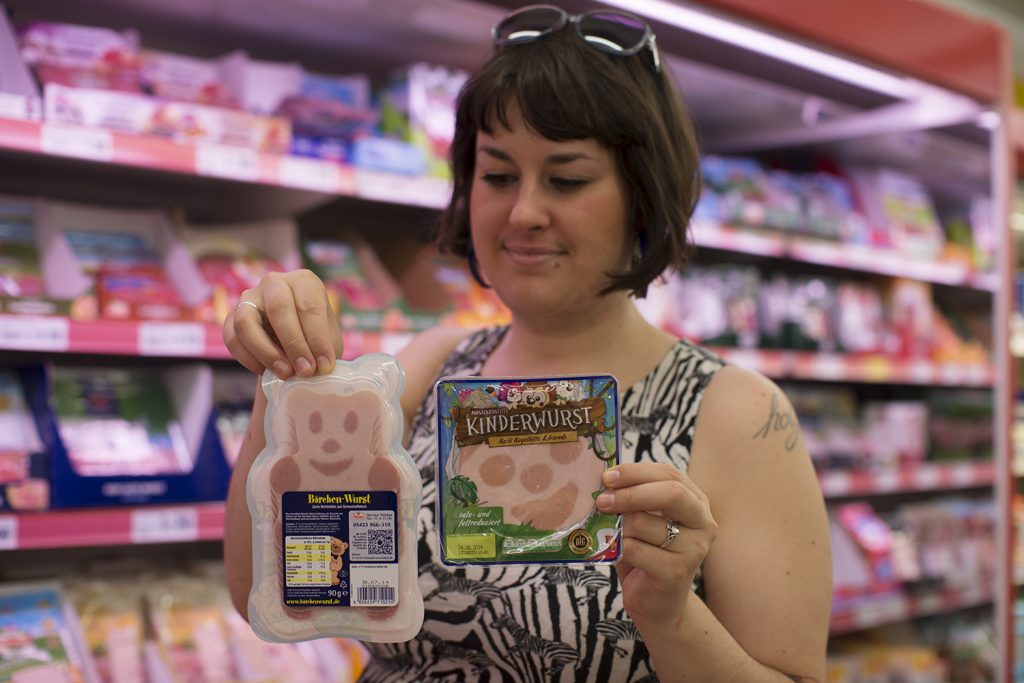 After the grocery store, I decided to bike around some more. I passed this sculpture on the way. 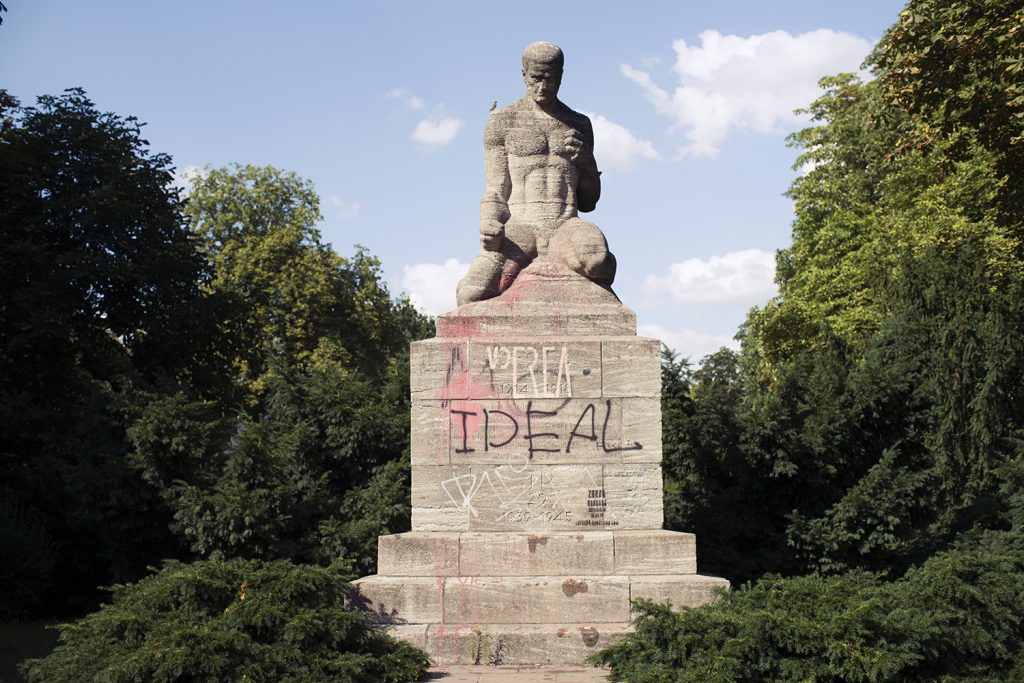 I decided to bike back to the Memorial to the Murdered Jews of Europe to see the museum they had under the memorial. 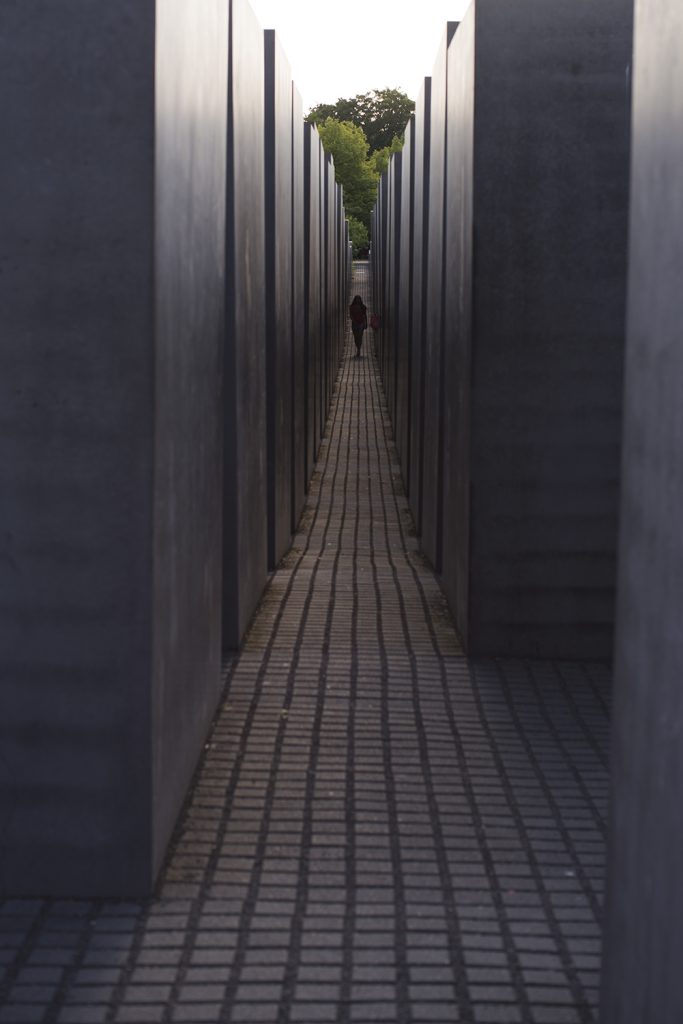 After a thoroughly depressing hour, I decided to bike through Tiergarten park. Mostly, I wanted to cheer myself up by finding the  infamous “nudist lawn” where people sunbathe naked.

Memorial to Homosexuals Persecuted Under Nazism, which is on the edge of Tiergarten. 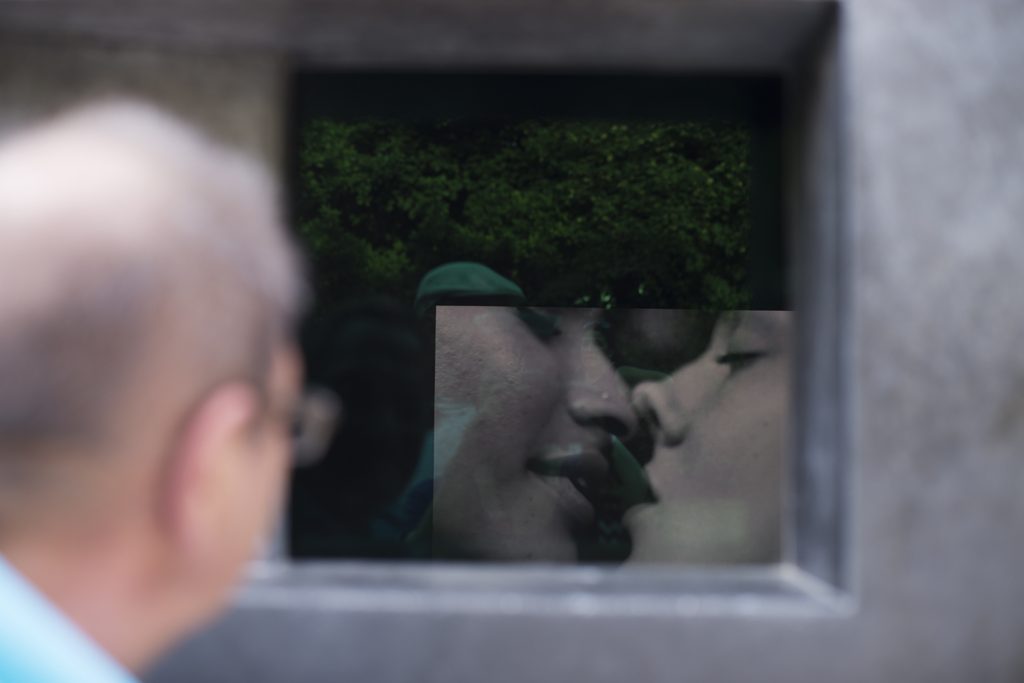 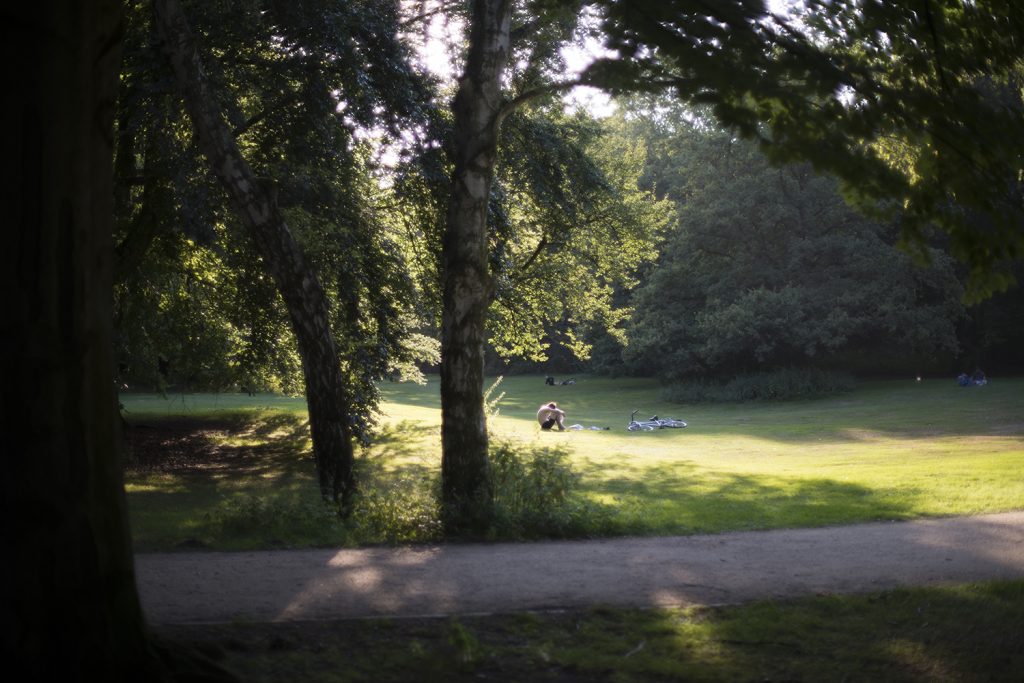 I biked all through the park, getting hopelessly lost. I didn’t find the nudists until 7:15, right before I had to leave to go meet some friends. And there were only 3 of them left, as it was getting cooler outside.

I biked back towards Elliat’s neighborhood to meet her, Tess, and some of Tess’s friends at this crazy hipster bar called Klunkerkranich which was on top of a parking garage. 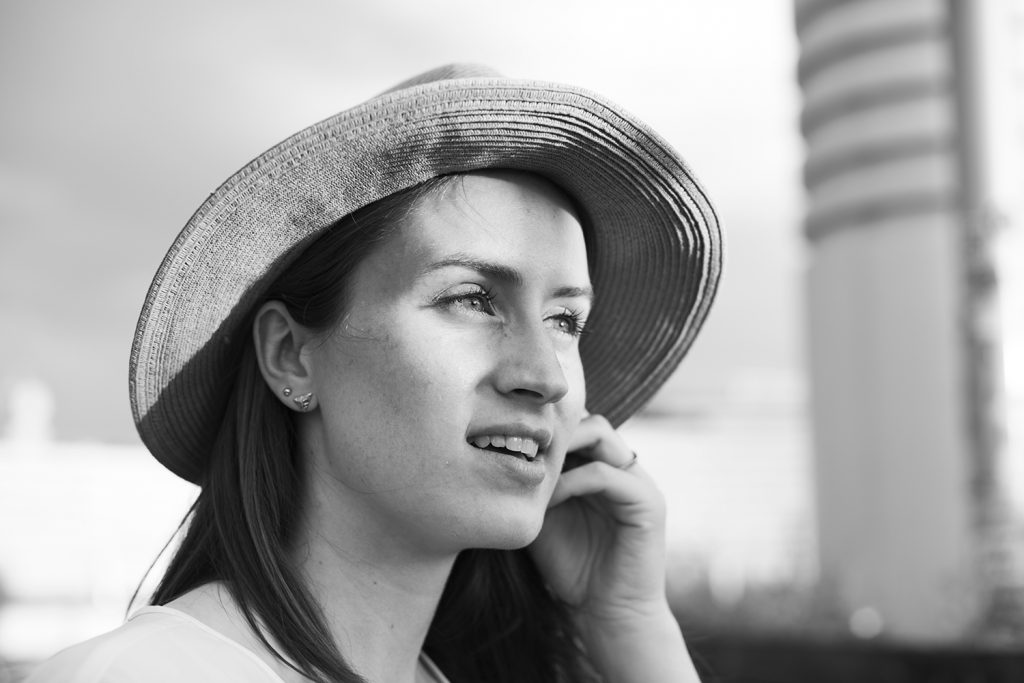 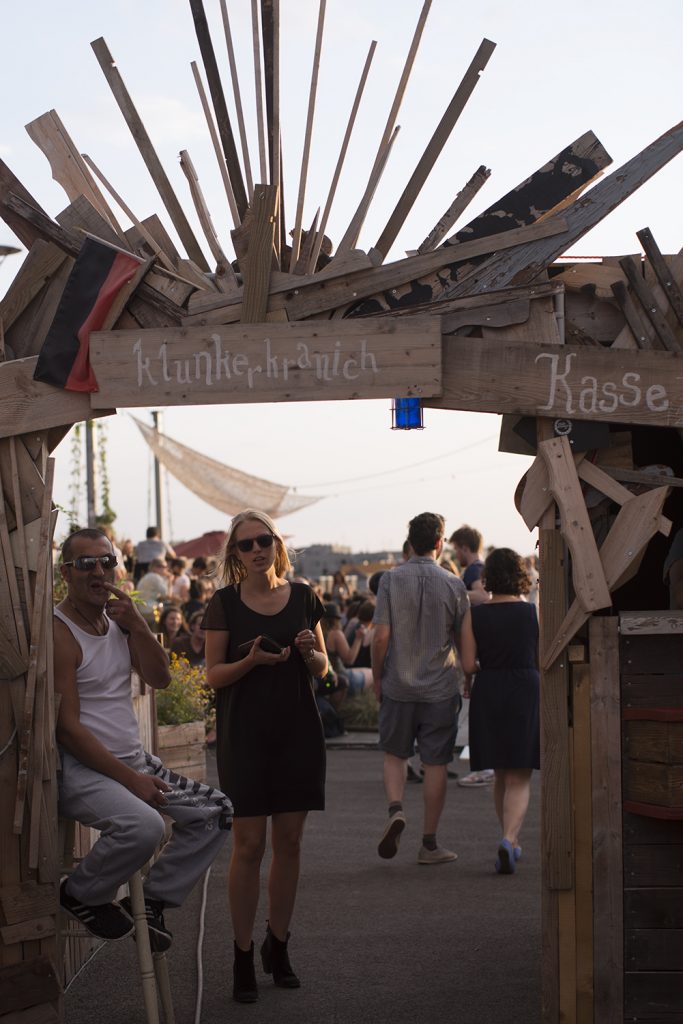 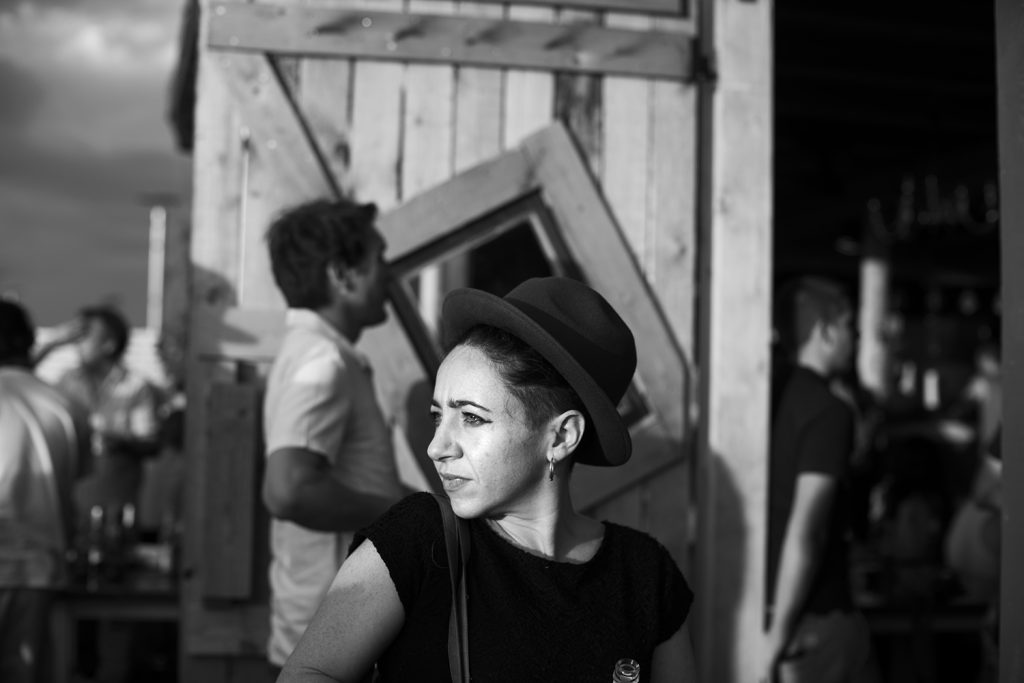 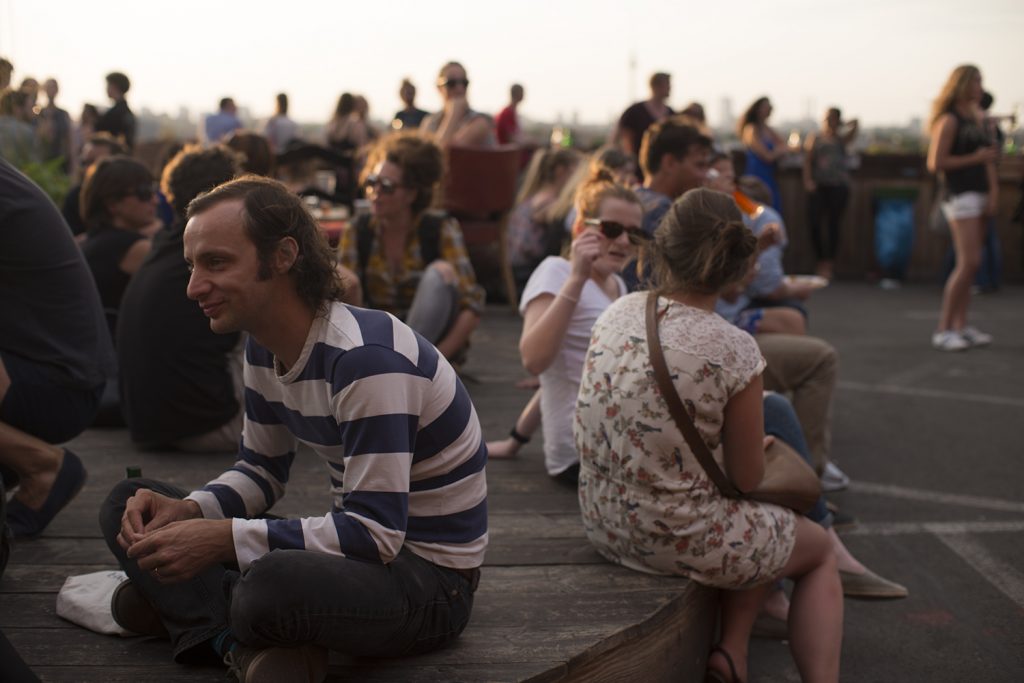 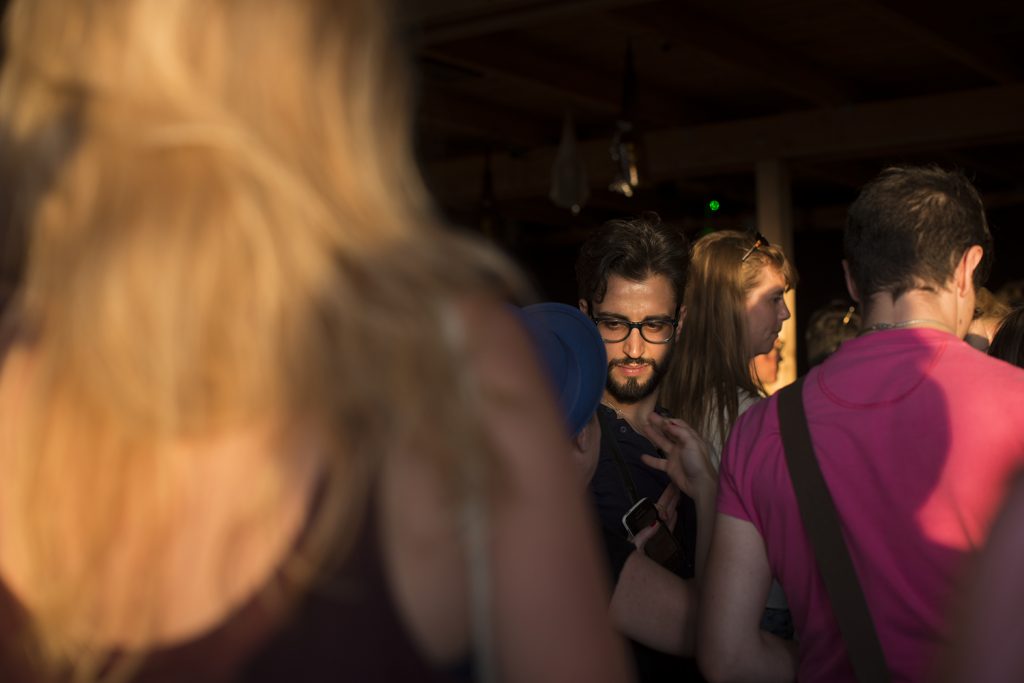 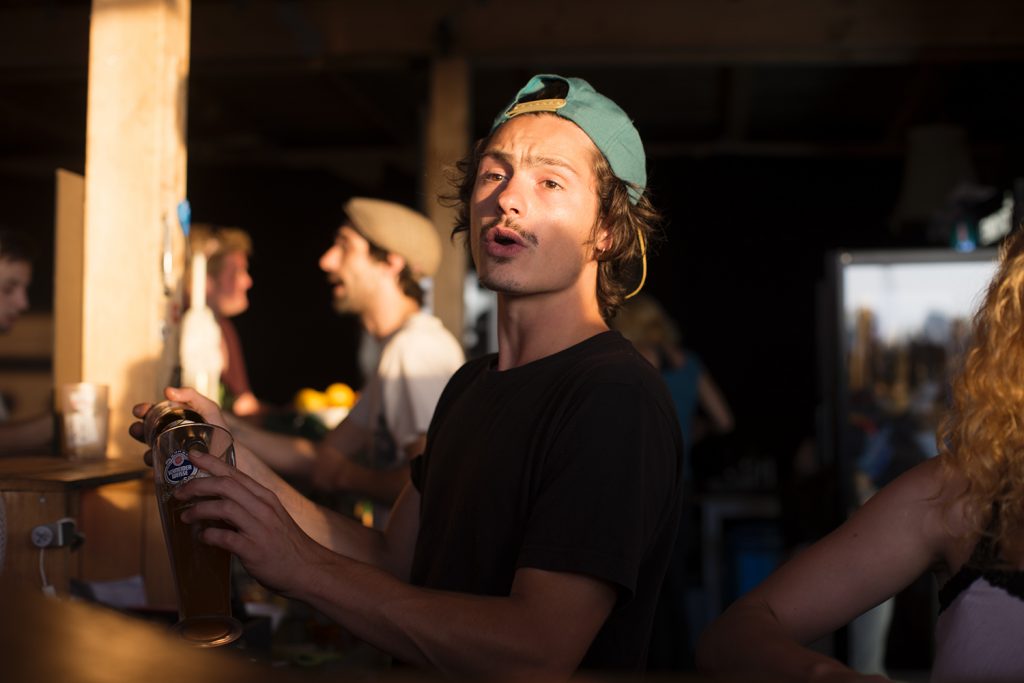 The sunset was beautiful and it was basically the BEST for people watching and people photos. The also had a lot of edible plants growing in crates and various structures throughout the bar and on the ramp up to the top of the parking garage. I don’t care how hipster it is, it was gorgeous. 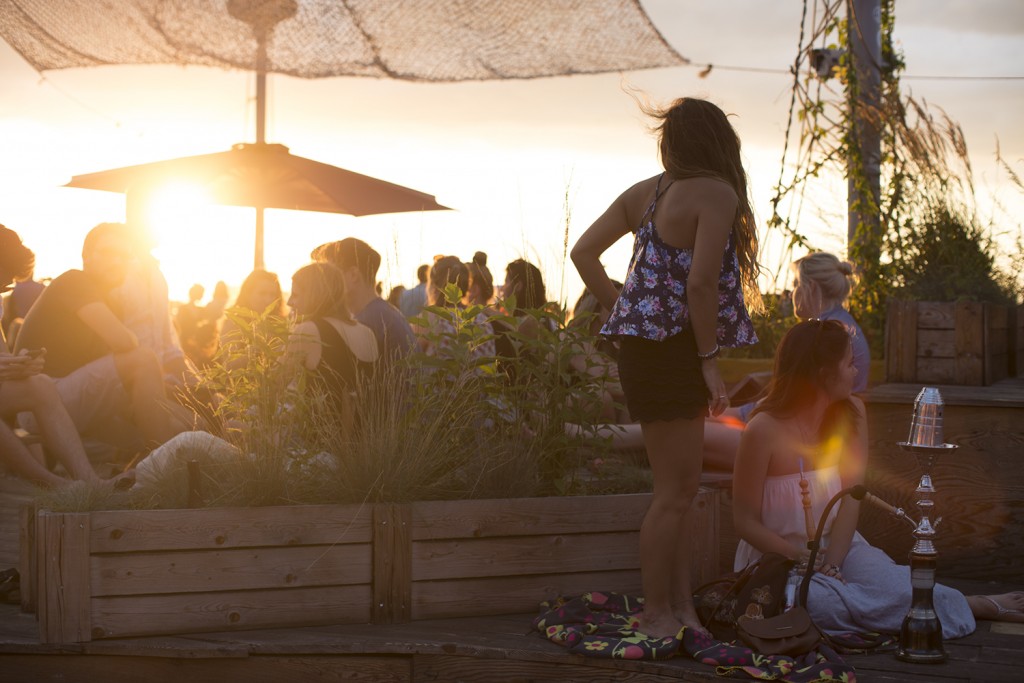 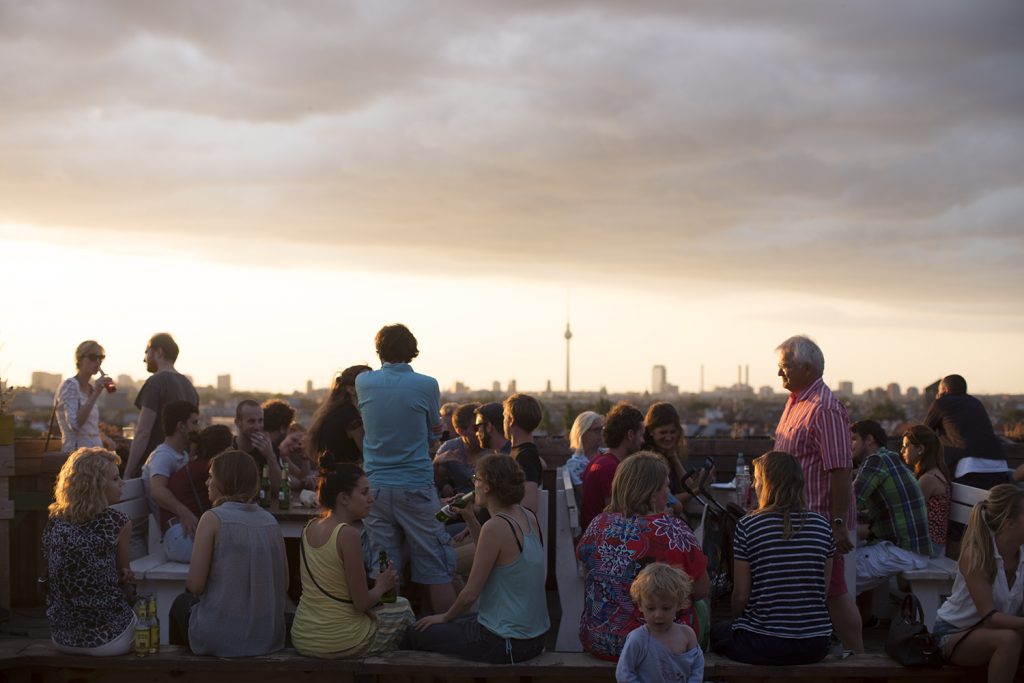 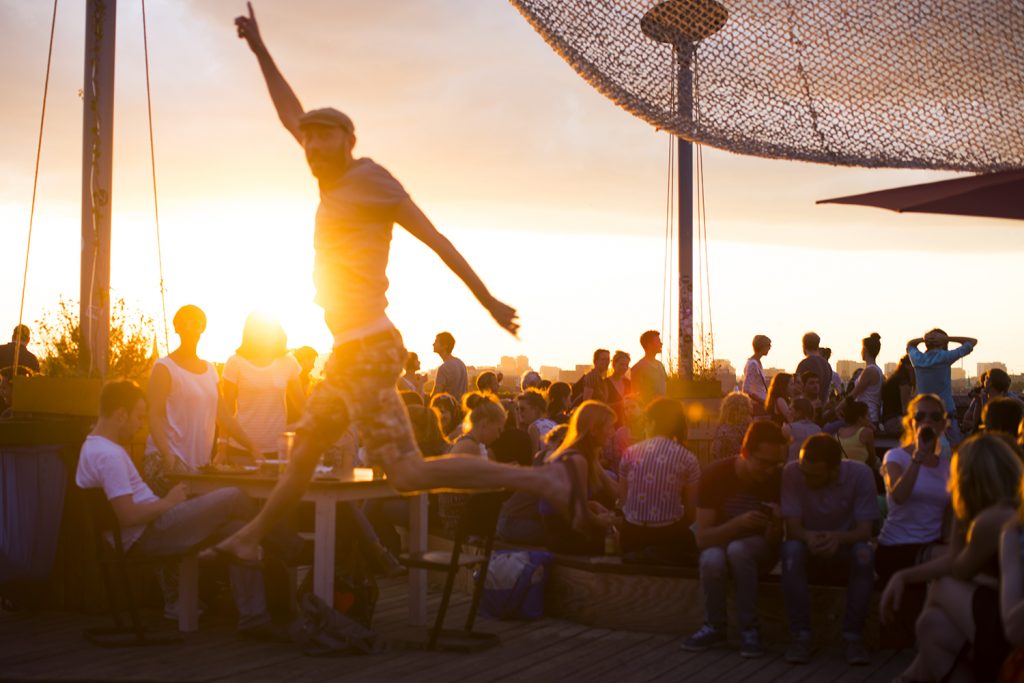 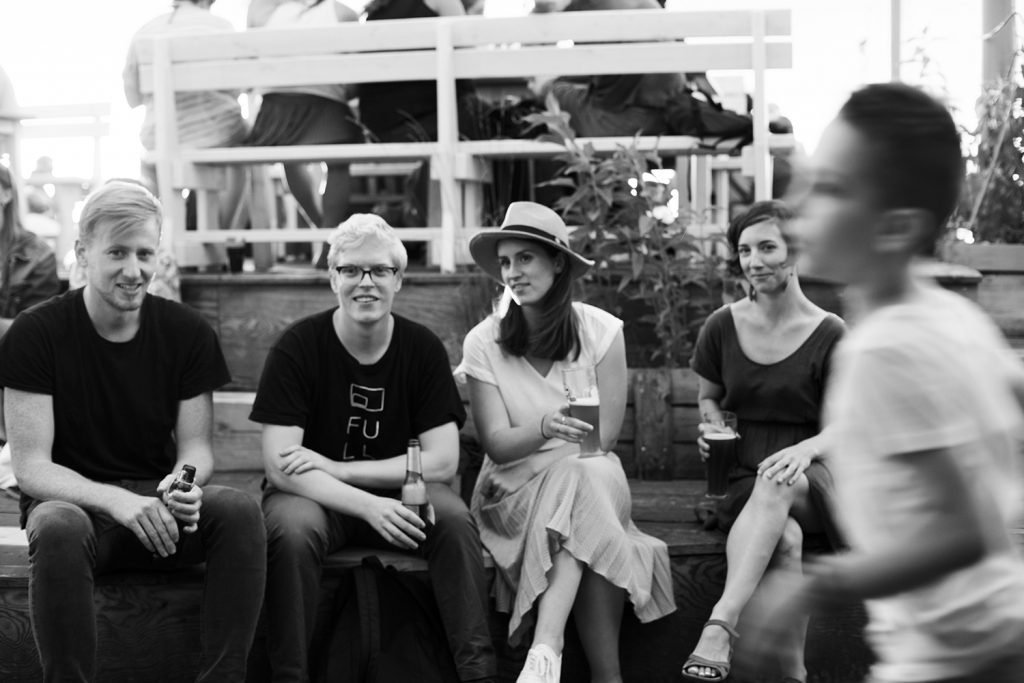 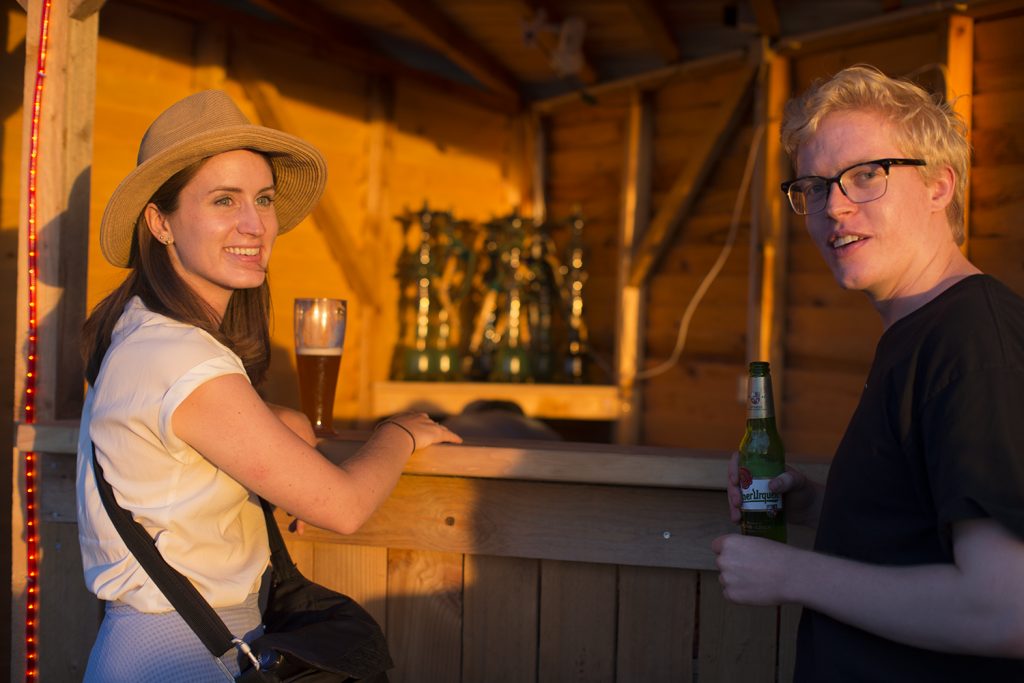 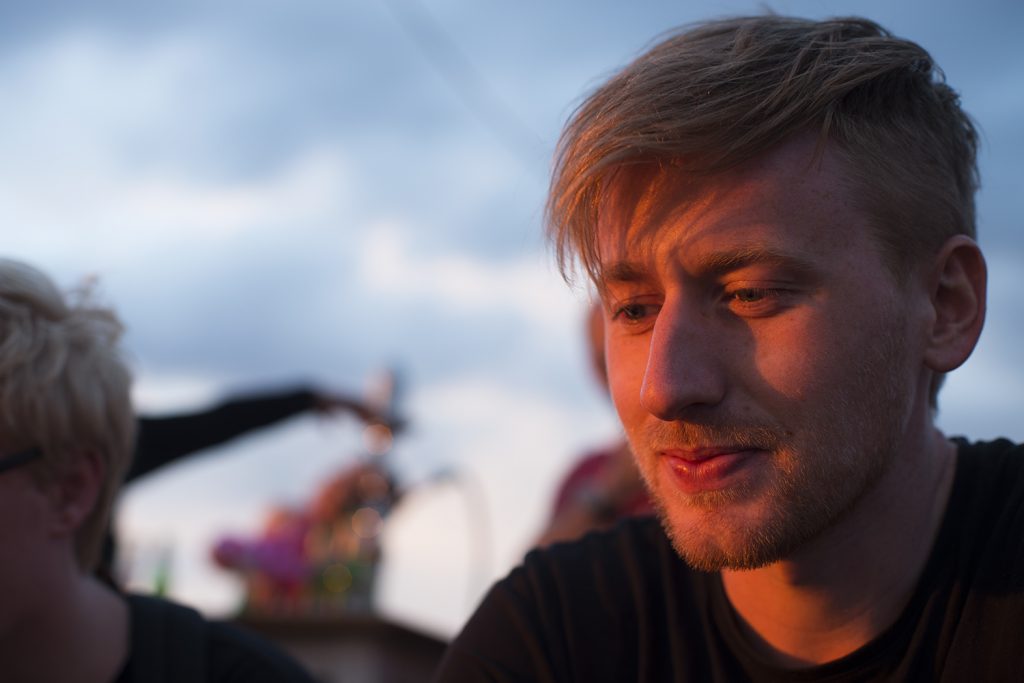 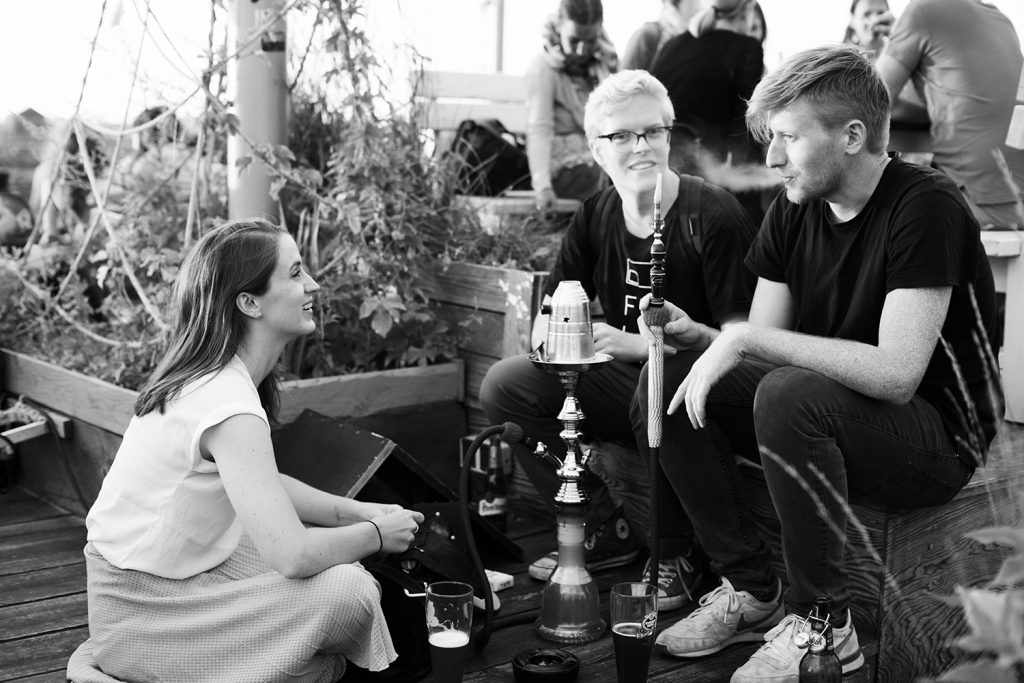 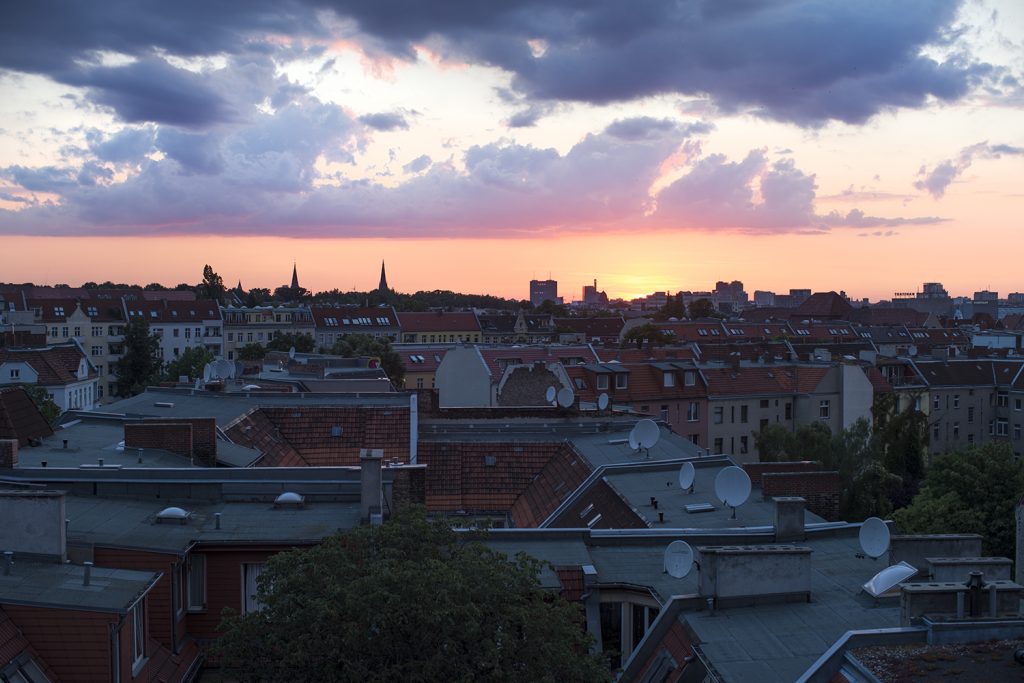 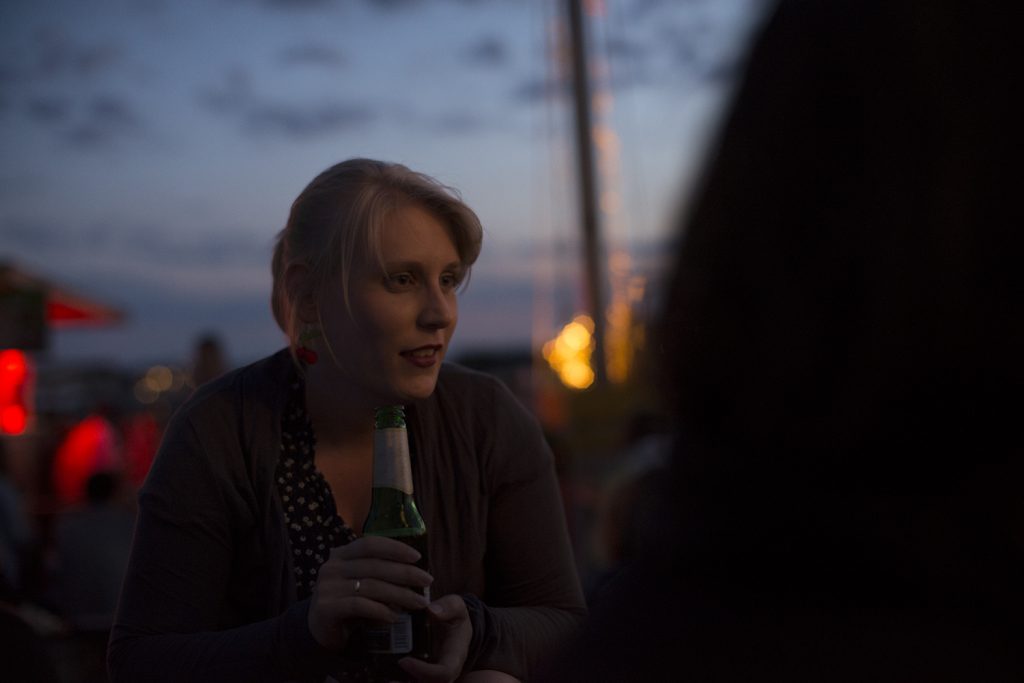 Elliat, sniffing the plants on the way out of the bar. This photo makes me laugh every time I look at it. 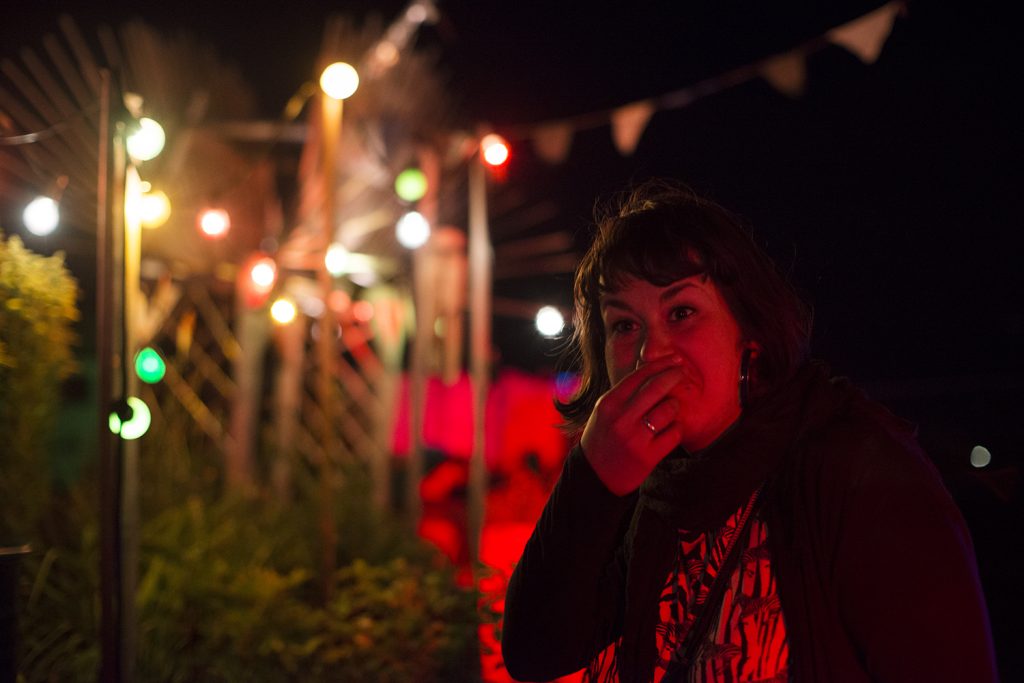 Today I am spending the day with Elliat in Cottbus, which is where her university is, south of Berlin. We took a lovely train ride here and I think we are going to explore the campus and eat some famous pickles.