On Tuesday I woke up feeling pretty off and grumpy, though I’m not sure why. I spent the morning being frustrated on the computer trying to book accommodations and transportation for the last part of my trip- sadly, forgetting how astronomically expensive Western Europe is compared to Eastern Europe (especially Amsterdam- I don’t know how anyone even lives there when crappy hostels are $70.00 a night). Anyway, I’ll figure it all out hopefully today before I catch the bus to Prague.

Tuesday afternoon I walked to the Rudas Baths, a less touristy spot than the Széchenyi baths, located on the Buda side of the river. Their outdoor pool area was under construction, but the rest of the thermal area was open. Sadly, I wasn’t allowed to take photos in there (it was women’s day, and people were allowed to bathe nude), but it was quiet and nice- all of the pools were in a circle gradually increasing in temperature surrounding a larger warm pool in the center.

After my soak, I walked around for awhile, taking photos: 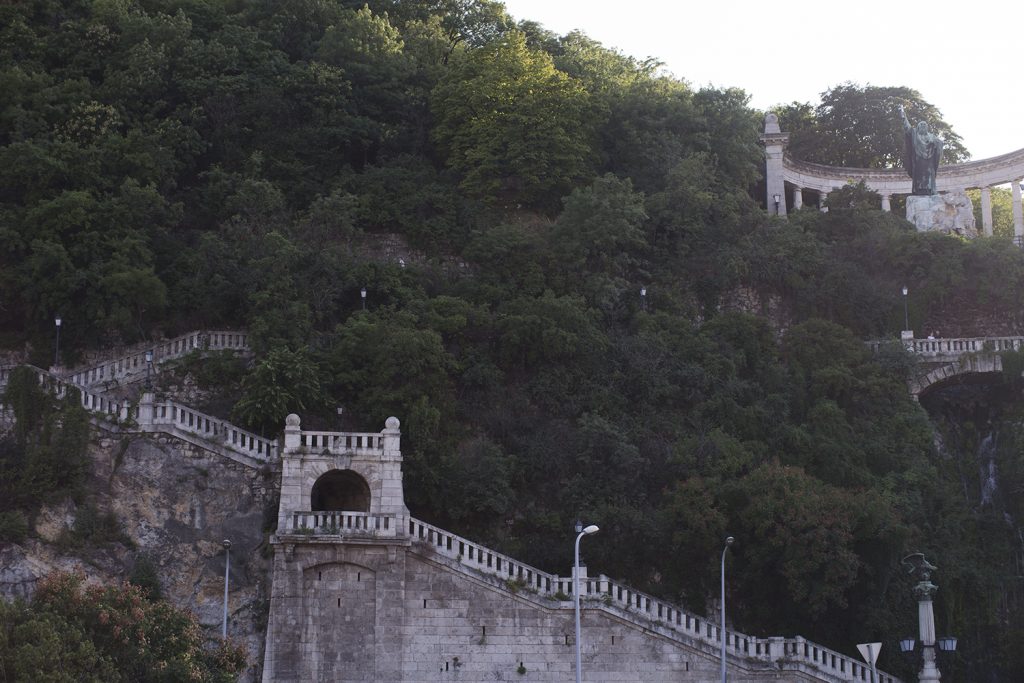 Look at these bike lanes! 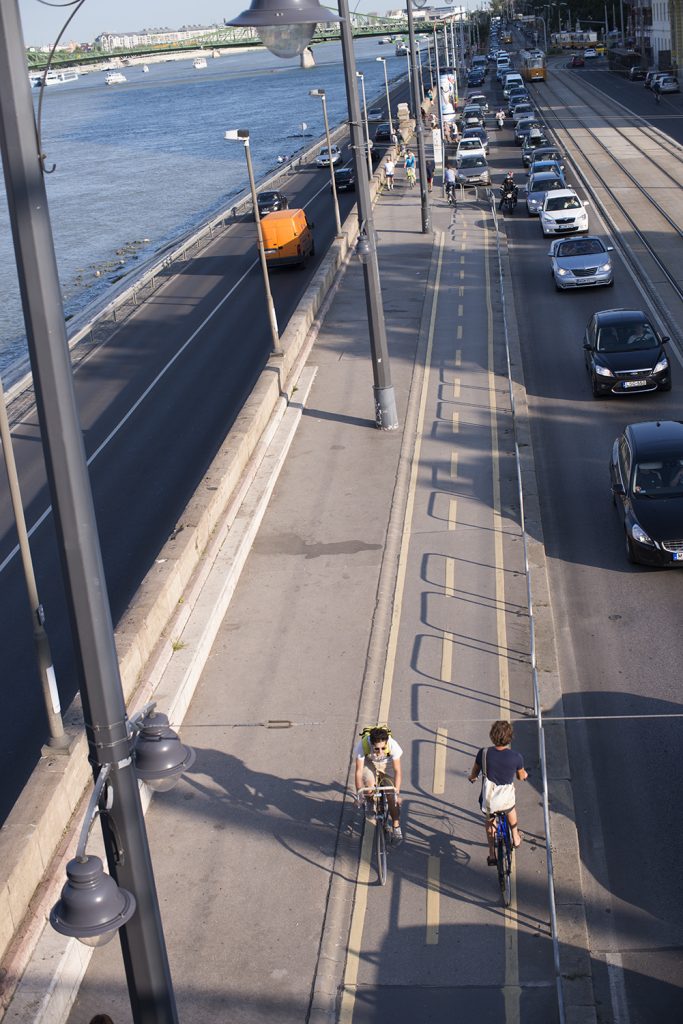 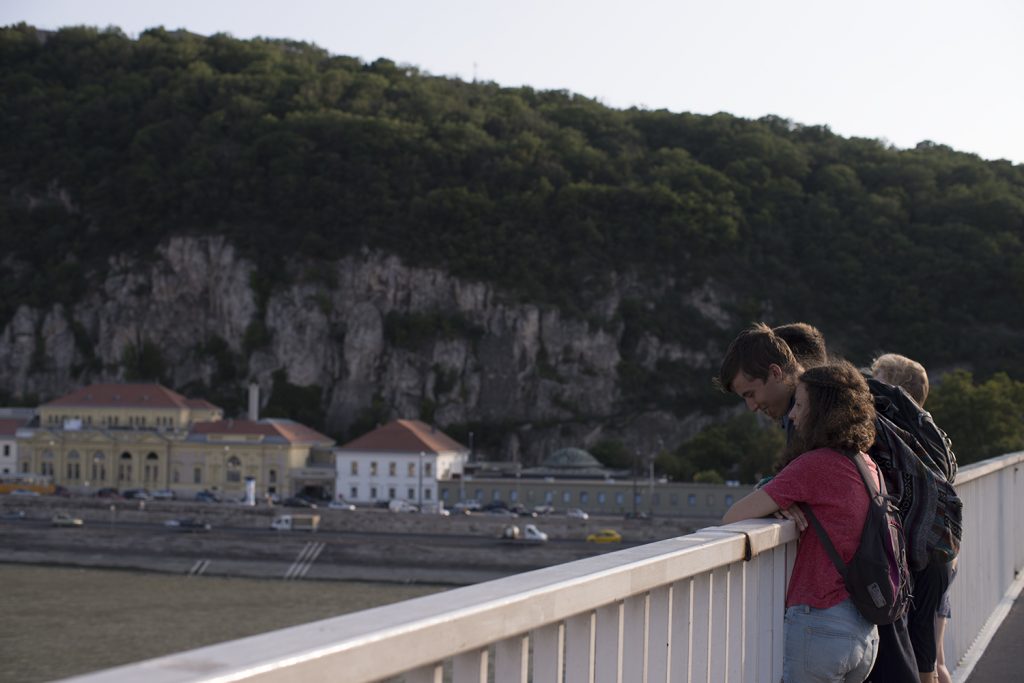 I had dinner by myself on Kazinczy Street, at a Thai restaurant. It was delicious! Afterwards, I walked back to the hostel to rest for a few hours. Later, I went out for some Rose wine with my roommate, Eve. We went back to Szimpla Pub, which was a total mess of people but managed to find some seats and stay till midnight. 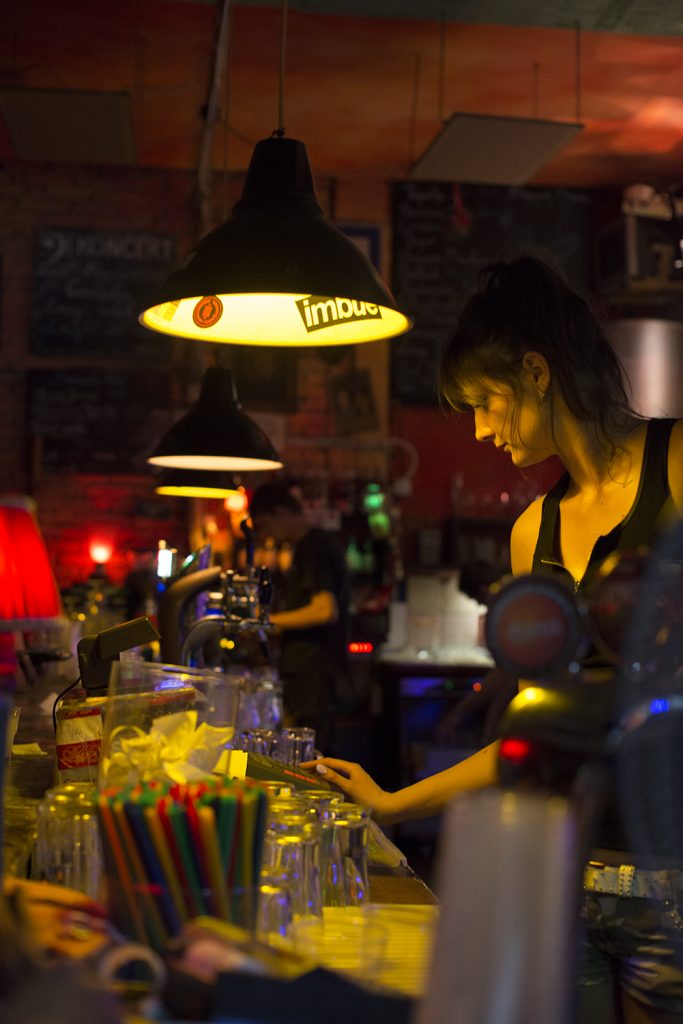 My lovely friend Krisztina loaned me her bike, so yesterday I took a roughly 12 mile round trip bike ride up to Római part, which translates to “Roman Beach.” It’s basically an area north of the city on the Buda side where there is access to the river and there’s a strip of outdoor eateries and ice cream shops. It was pretty sparse, I think with everyone at the Sziget festival, but I was more than happy to have some space from large crowds and some relaxation time. Basically, it was the best. I am so in awe at how being on a bicycle seems to be my go to happy place on this trip. 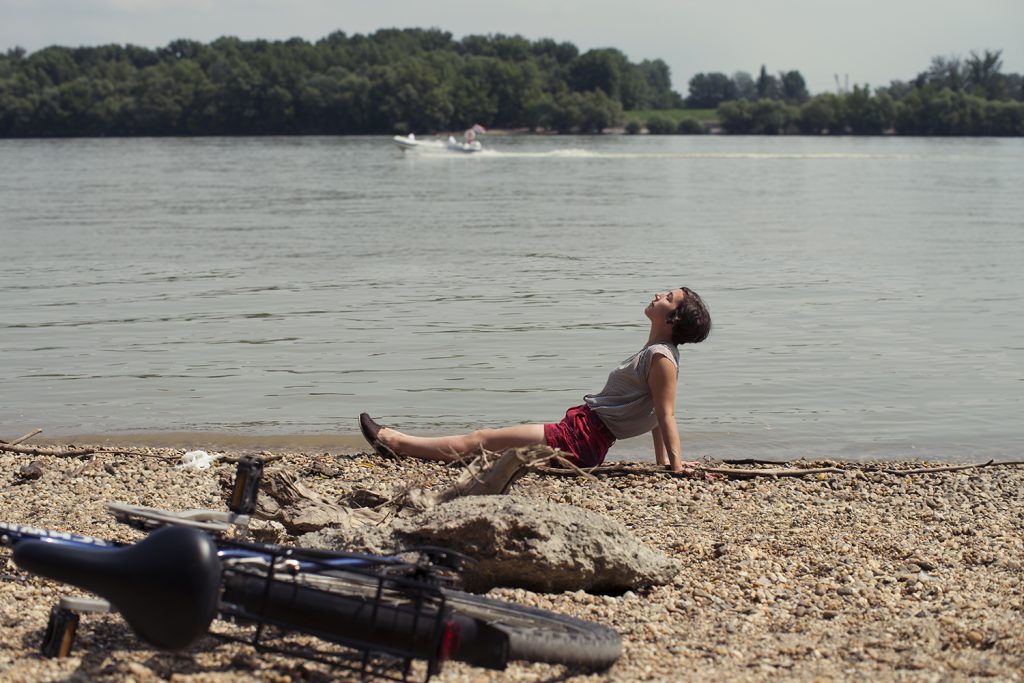 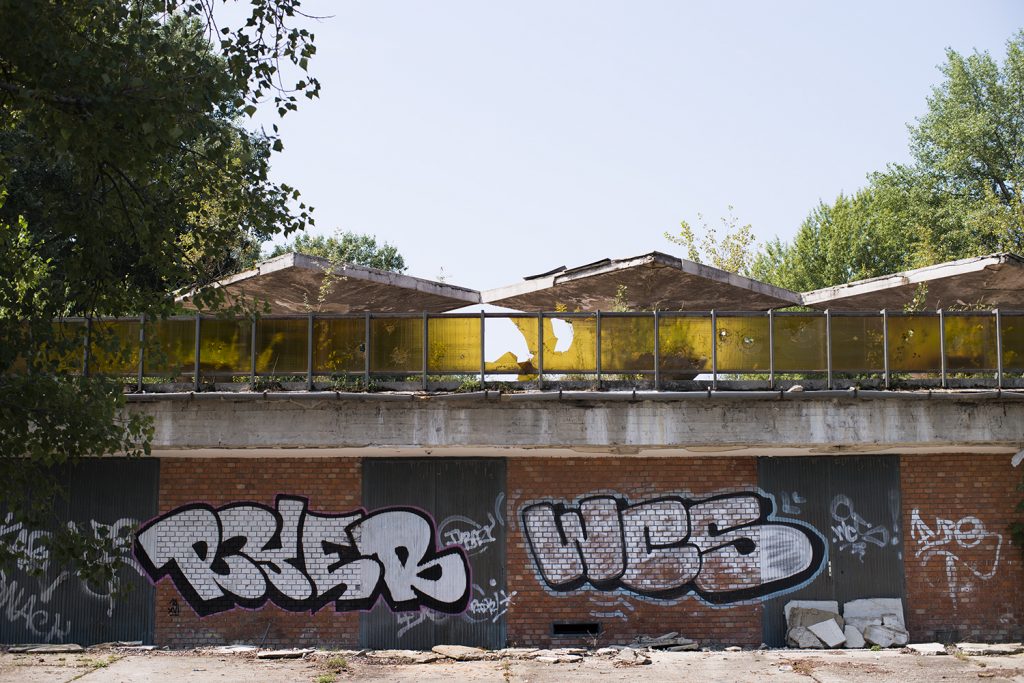 Don’t mind me, I’m just the creeper taking photos of the back of your neck! 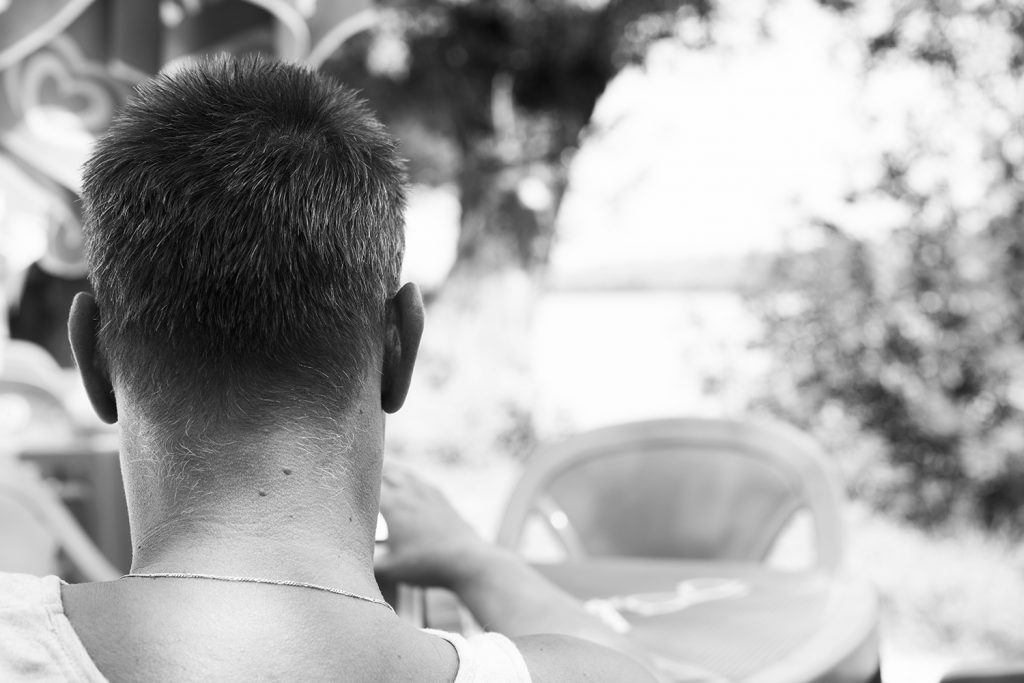 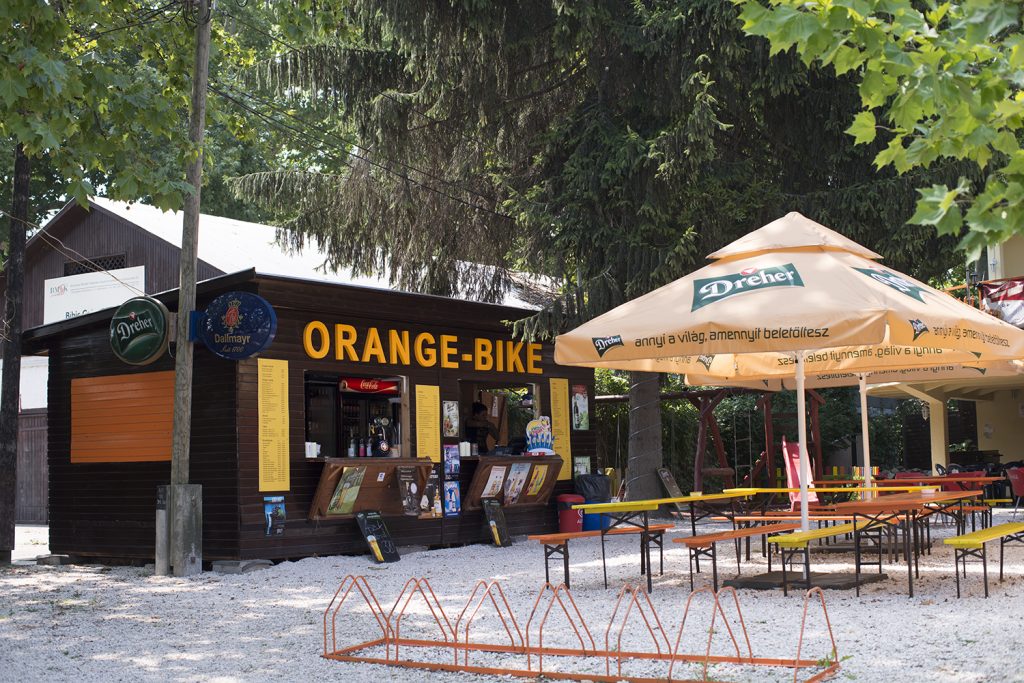 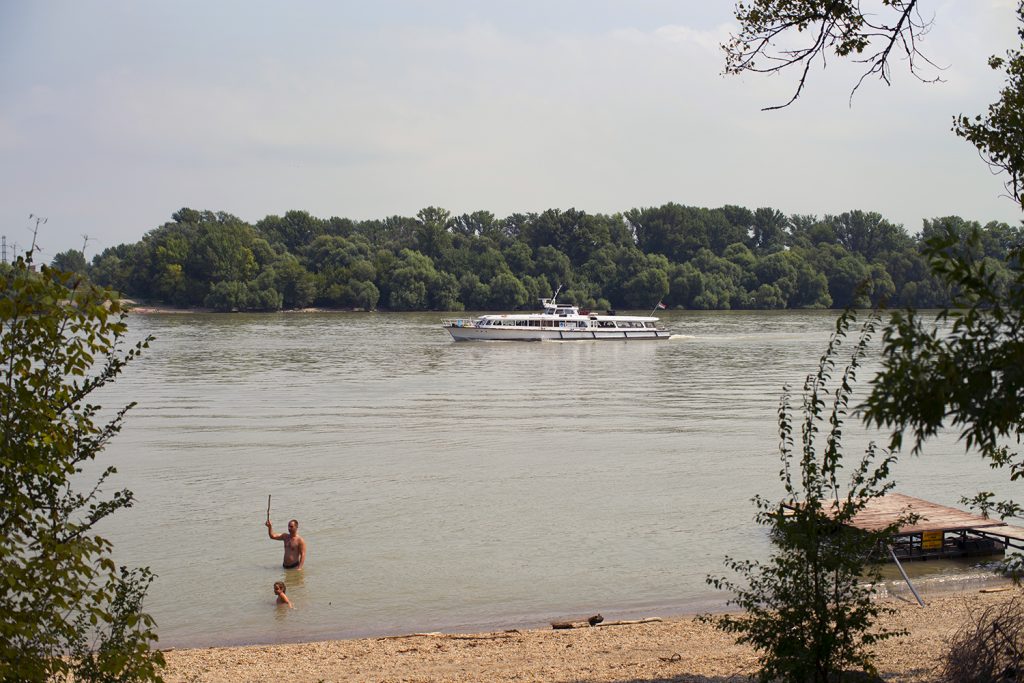 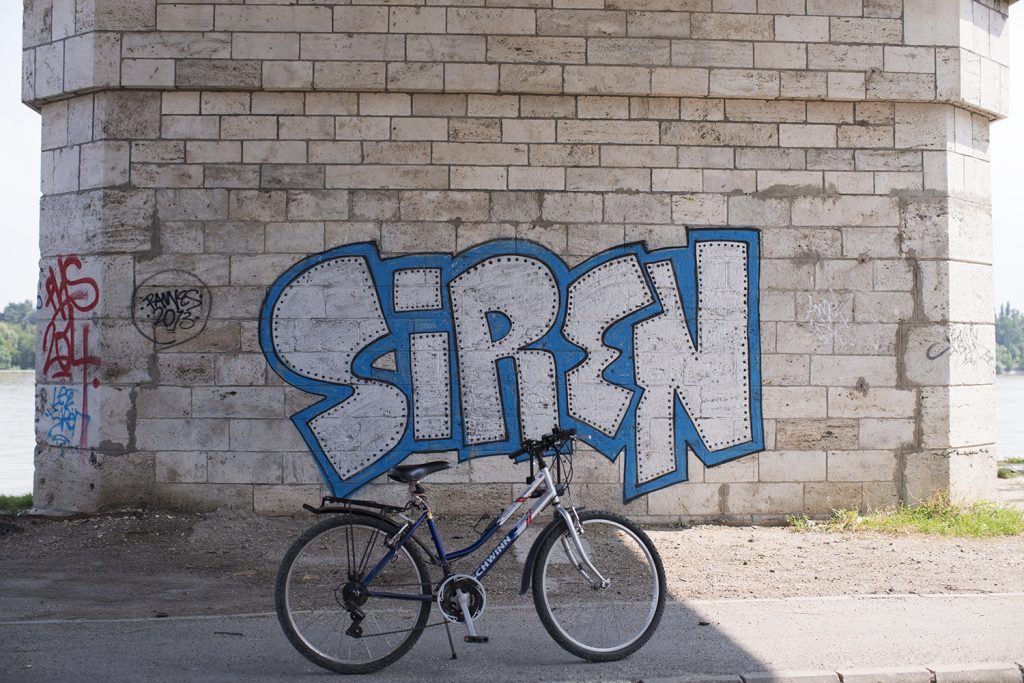 On the way back down I accidentally ran into the Sziget festival (a giant outdoor music/art festival on an island). I considered going, but then I remembered that after years of going to Coachella, I never need to go to another outdoor music festival again. Ever.

Parliament, on my way back to the city. 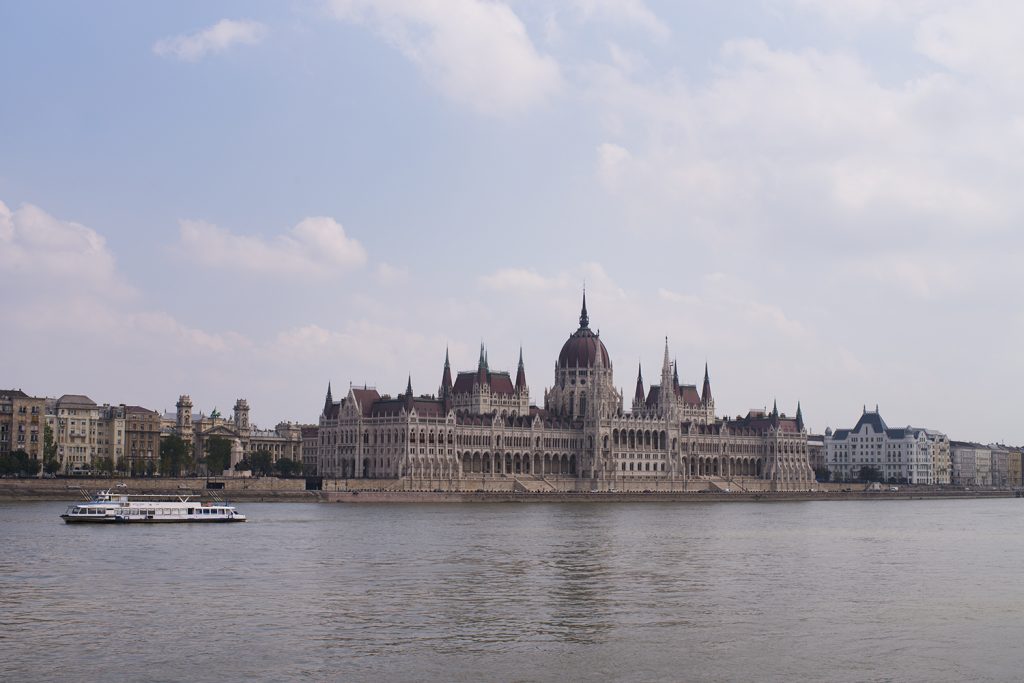 After my bike ride I took a free walking tour on Communism, which ended up going for 3.5 hours and was really amazing and full of interesting information.

In a nutshell, we learned that there were several phases of Communism-

From 1947-1956, it was basically the worst, with a Stalin-istic government whose motto was, “If you are not with us, you are against us.” It was pretty much a totalitarian police kind of state, and lots of dissenters were sent to forced labor camps, not unlike in WWII. It sounds like people’s basic needs were not being met, with food being collected and then redistributed, with not enough for everyone. Also during this time, people were asked to write reports on their friends, neighbors, and family- so you never quite knew who to trust. It’s like the flip side of McCarthyism! Awesome all around.

From 1956-1988 was “Happy Communism,” during which there was a considerable increase in the quality of life. The motto became, “Those who are not against us are with us.” This was also called “Goulash Communism.” Taken from wikipedia:

The name is a semi-humorous metaphor derived from “goulash”, a popular Hungarian dish. As goulash is made with an assortment of unlike ingredients, it represents how Hungarian communism was a mixed ideology and no longer strictly adhering to Marxist interpretations as in the past. Sometimes described as “the happiest barrack in the socialist camp,” Hungary in this particular period enjoyed many amenities not available in the rest of Eastern Europe.

And then in 1989, Communism ended- which our tour guide described as a peaceful transition because the system had weakened so much. She also says that the reporting done on your friends/neighbors is still a really sore subject with Hungarians and that they need a few more generations to forgive each other.

Our tour guide described this building as one of the “nice” Communist era housing complexes. 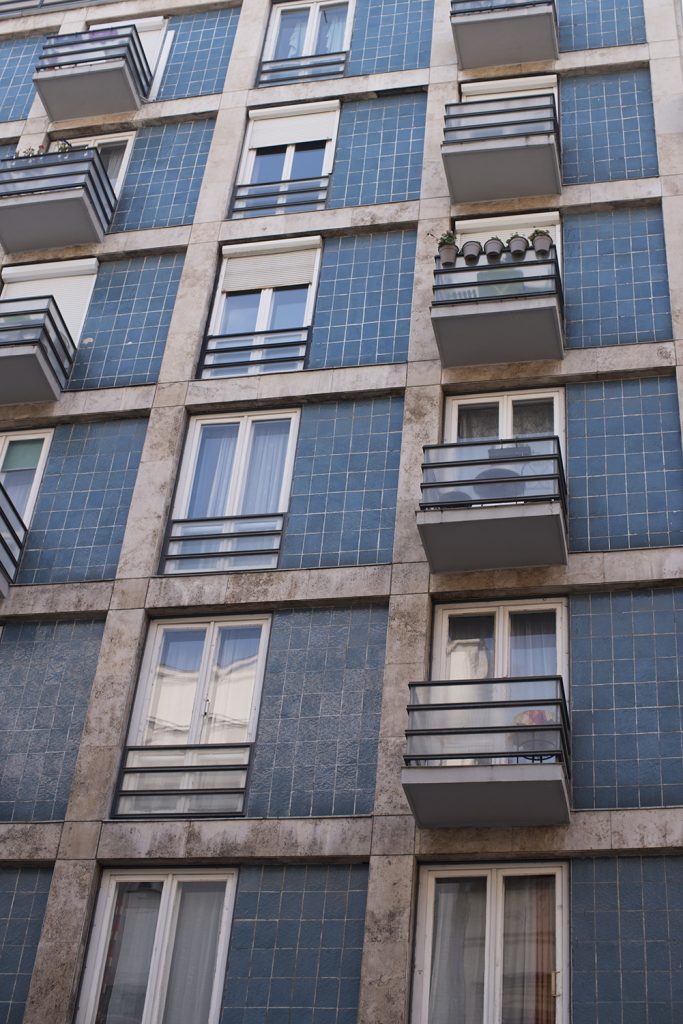 Nothing to do with Communism, just some happy bubbles: 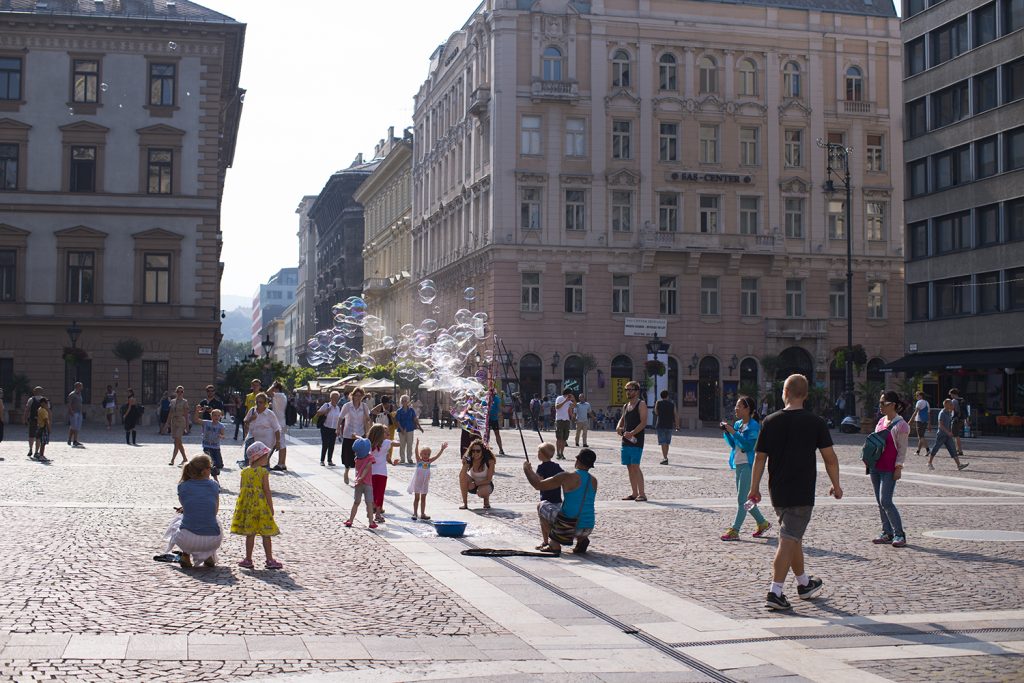 Another WWII memorial, around which there is constant protest. 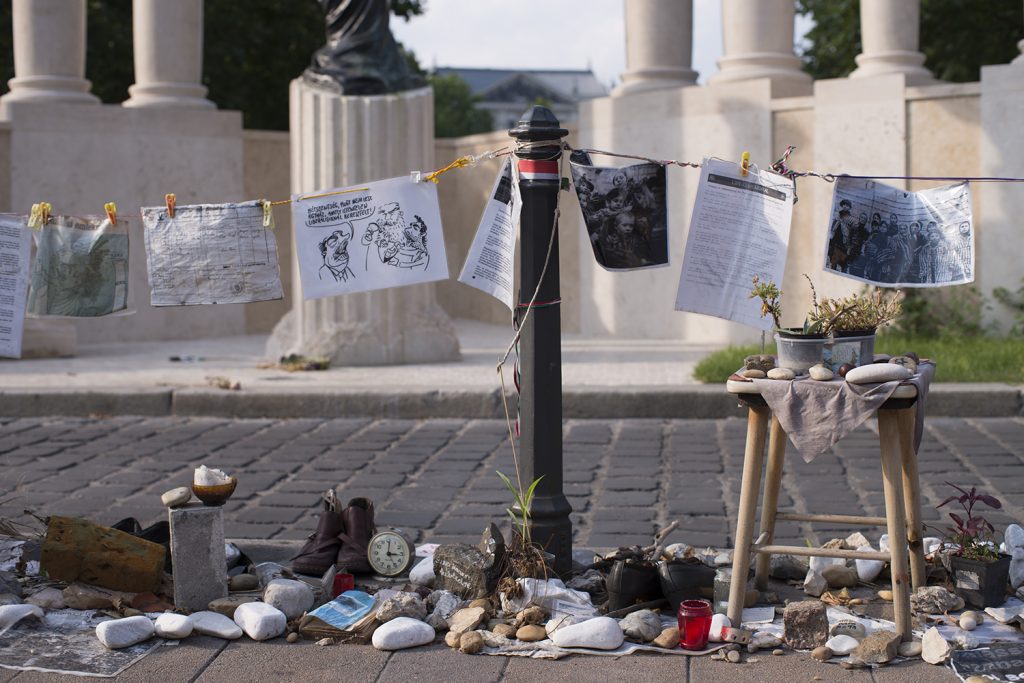 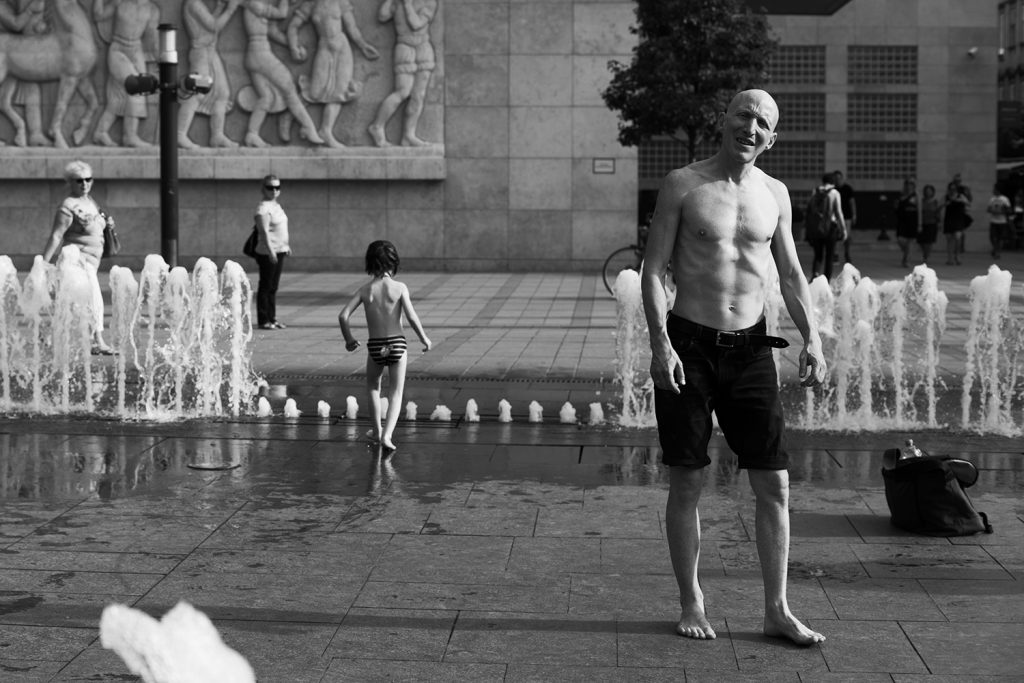 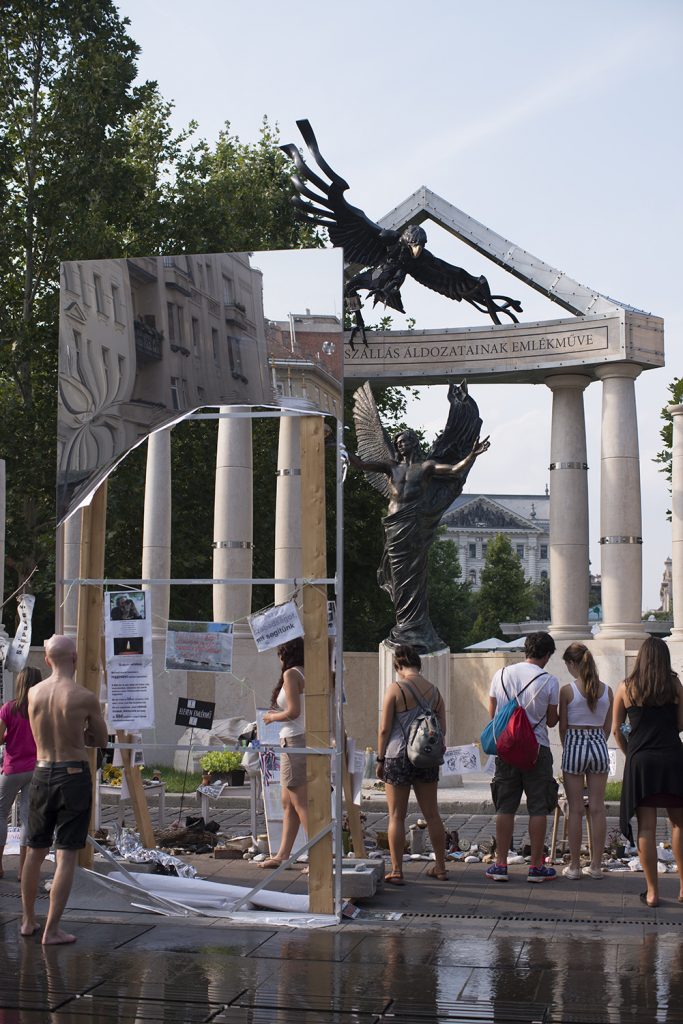 This was a Communist bunker that was build completely in secret- the hired workers were told they were working on a new subway line. On the outside, it was surrounded by a box with fake electricity sounds coming out of it, with warnings about staying away from the high voltage. In 2000 (!!) they looked at a citywide electrical map, and discovered that there weren’t actually any lines running through this area, and uncovered this bunker. Crazy! 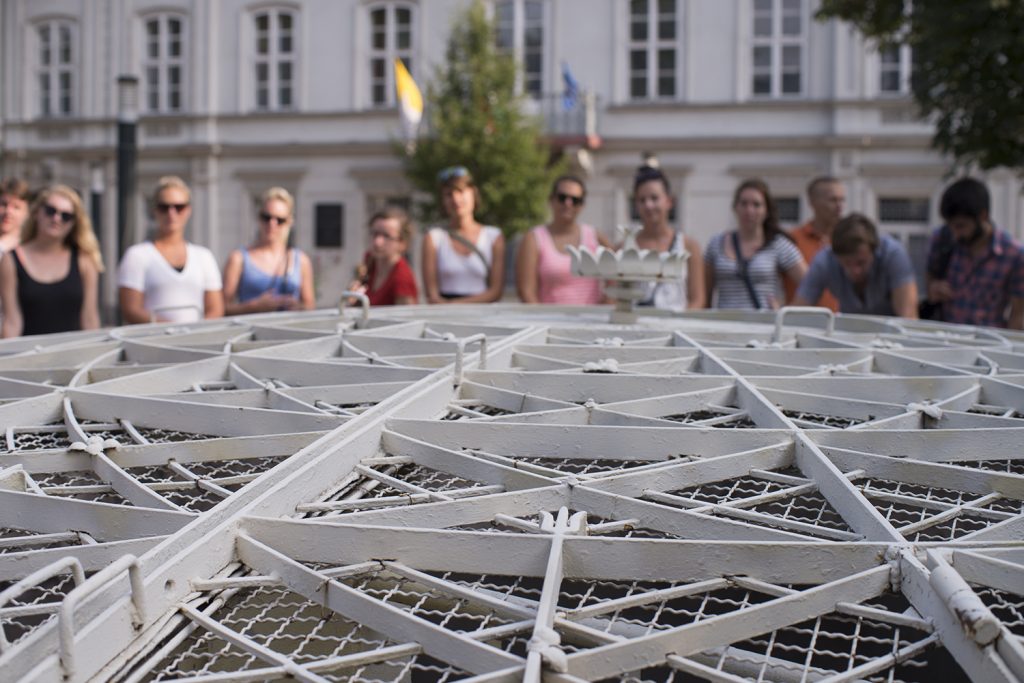 Communications and media were pretty strictly controlled during Communism, but people would often alter their radios to get western channels. We learned that news from within the country was only reported on if it was happy, but news coming from the west was only reported upon if it was bad- poverty, violence, etc. We also learned that maps of the United States only had a few cities on them- New York, San Francisco, etc- to portray the US and some sort of desolate, non-populated place. 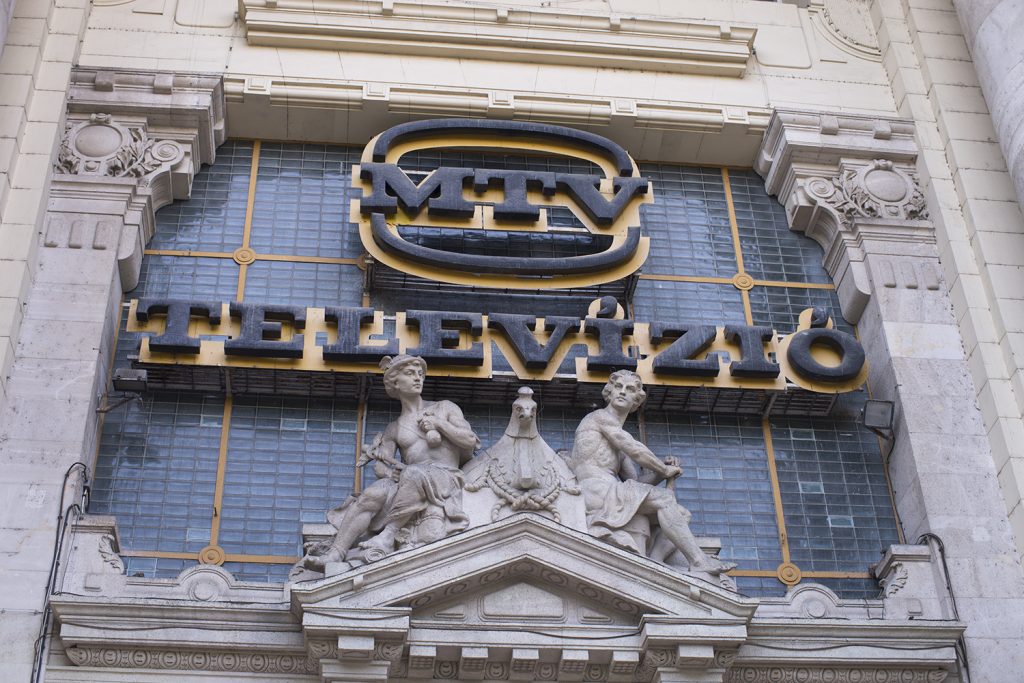 This is the last remaining Soviet memorial that was not removed from the city center after the political change. 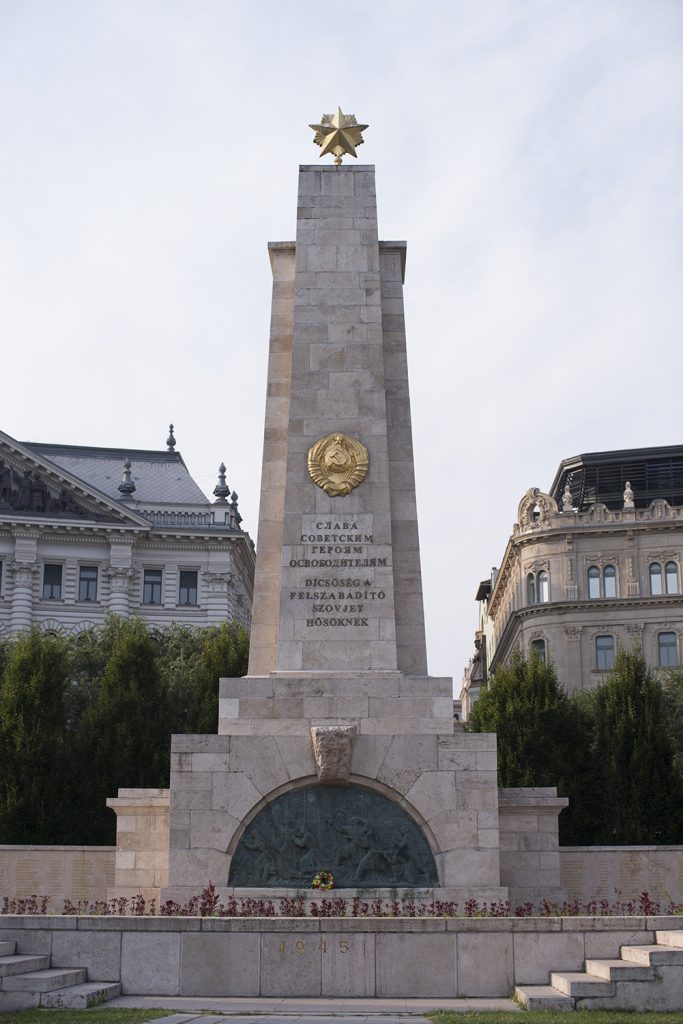 Around the corner, the Americans responded by…erecting a statue of Ronald Reagan. Who had nothing whatsoever to do with Hungary in any way.  Wow. 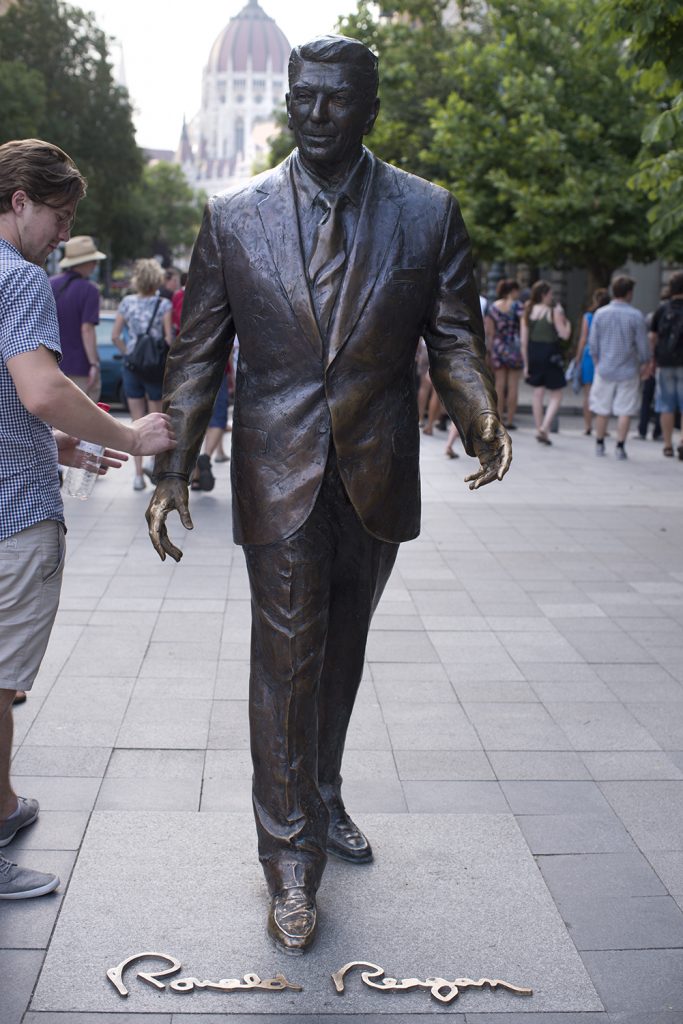 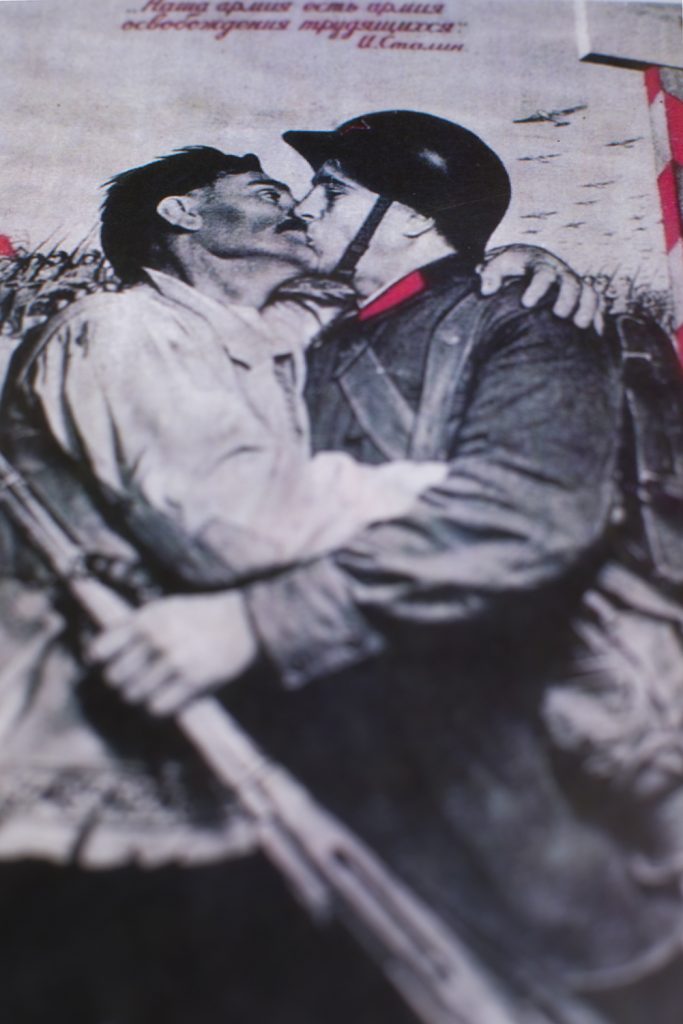 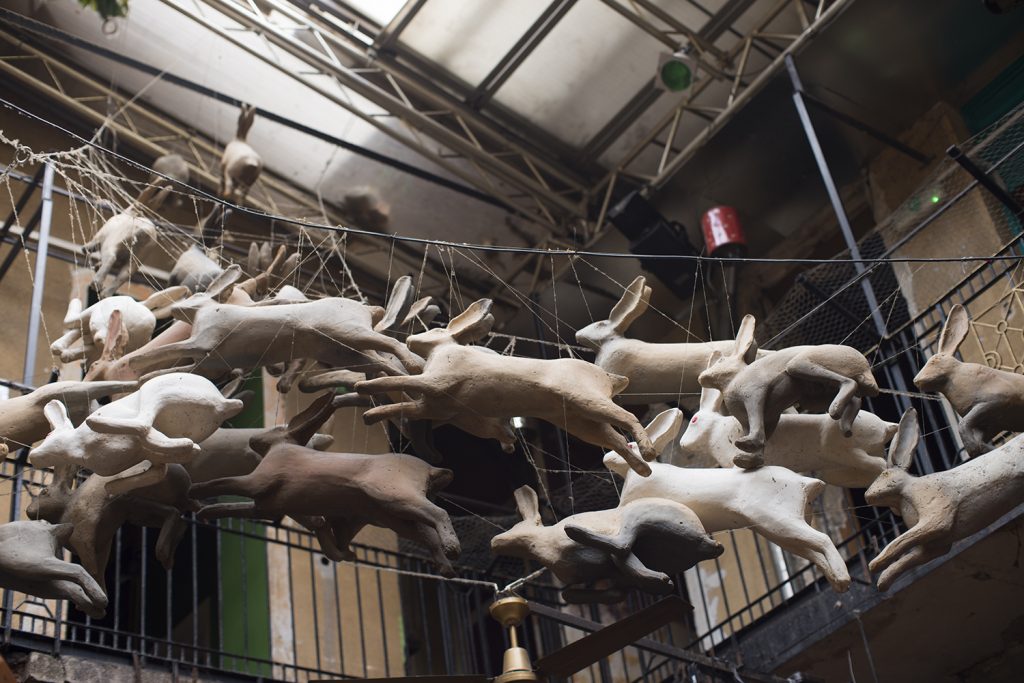 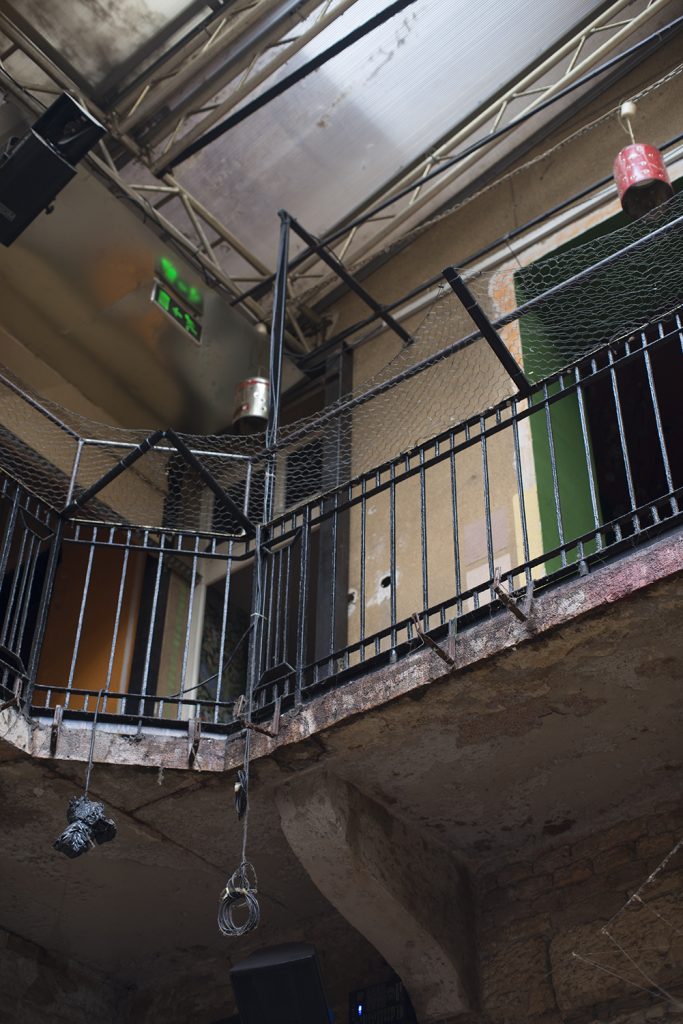 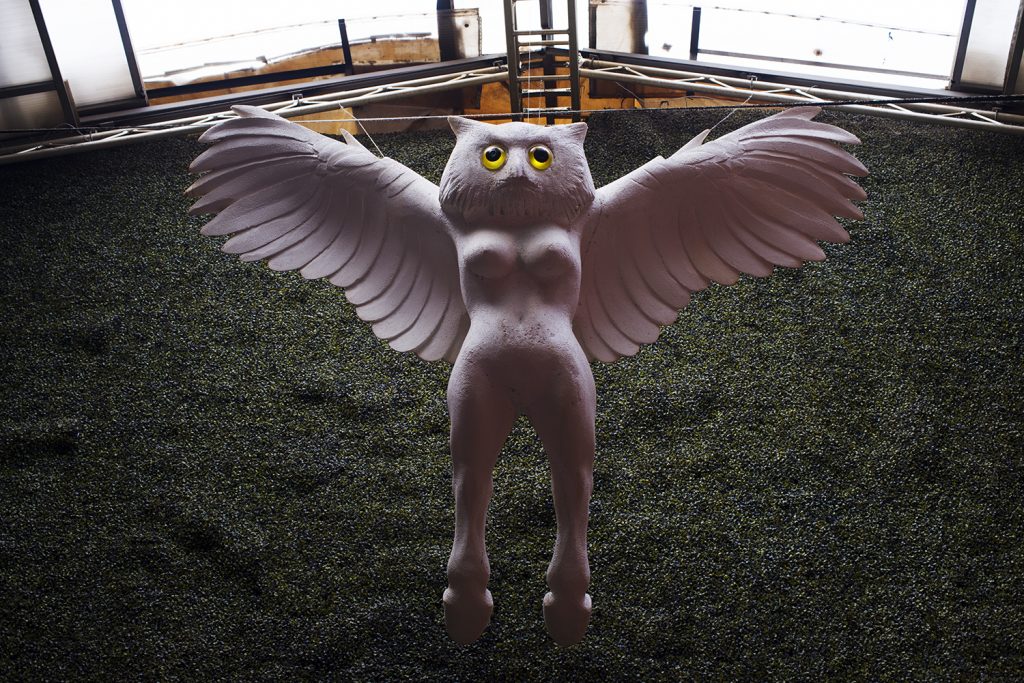 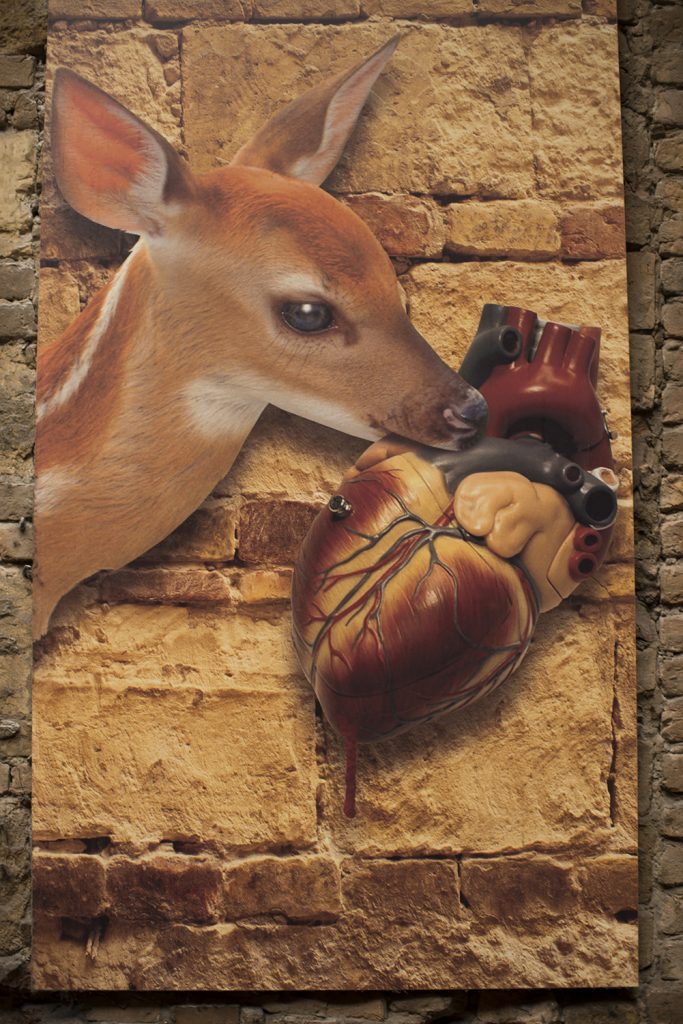 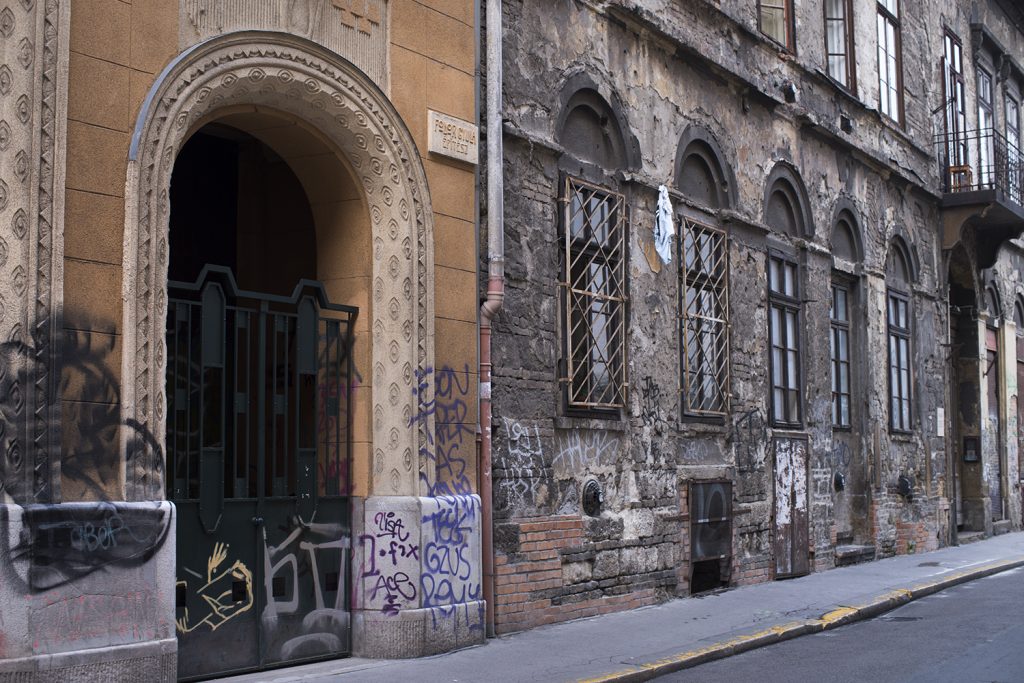 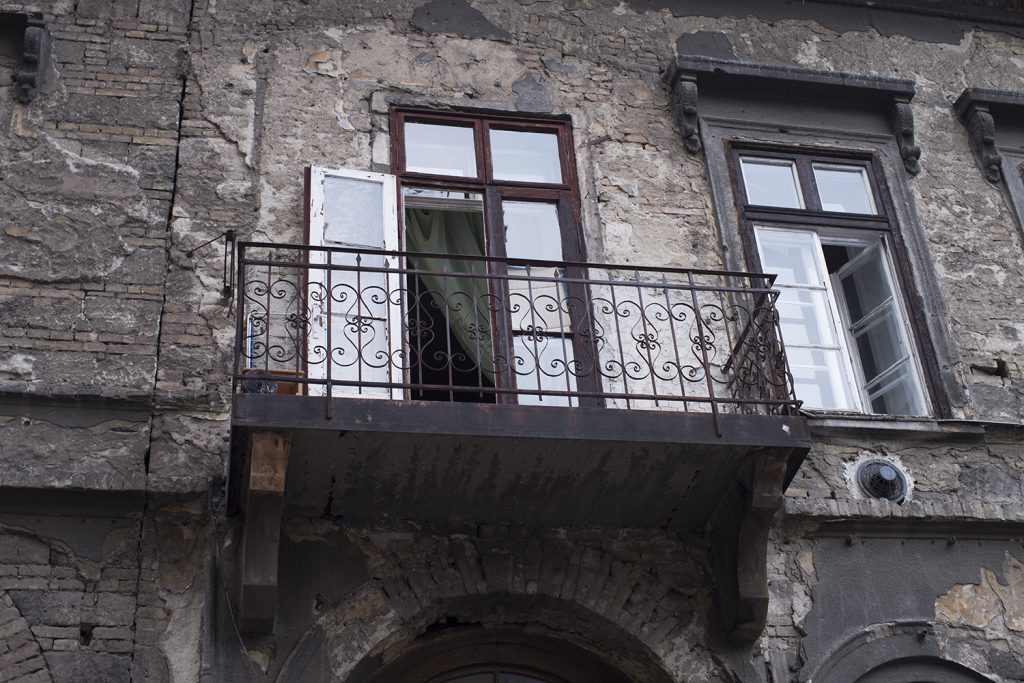 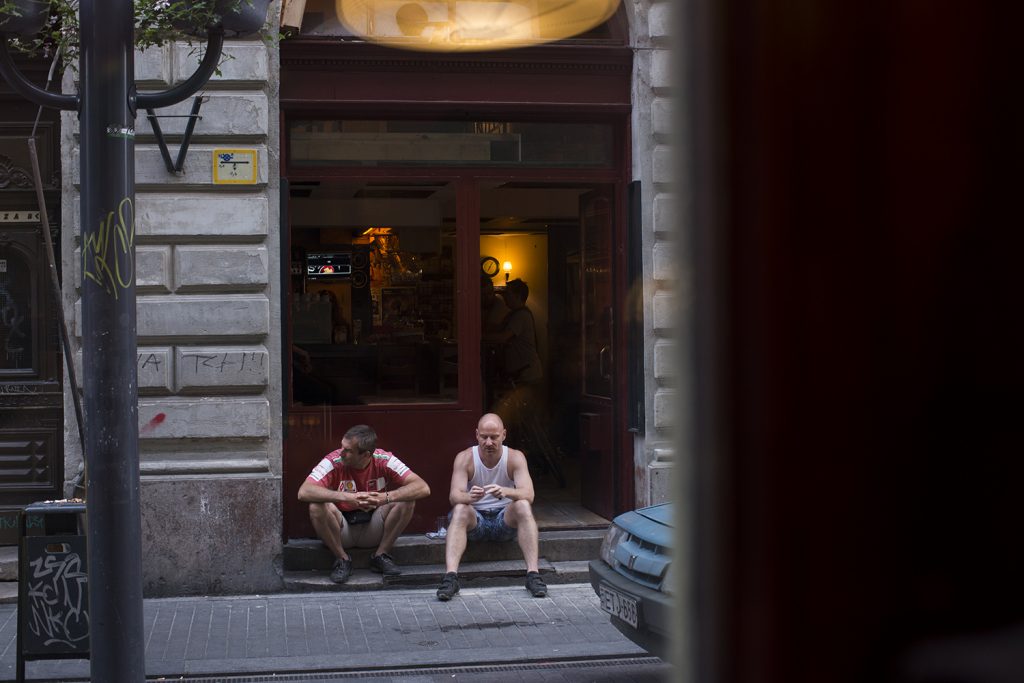 And, that’s all for now- time to go catch my bus.