On Tuesday I got up relatively early (I’ve been sleeping in late a lot in Berlin) to bike to the meeting place for my guided bike tour. I went with Tess, an American I met in Paris. Alas, when I arrived I realized that I forgot to bring a memory card for my camera, so all of my photos from the day are sadly crappy cell phone shots.

Our ride started out at the Fernsehturm Berlin, which is the TV tower that was build in the 60s. I love how retro futuristic it is. It is the tallest structure in Germany. 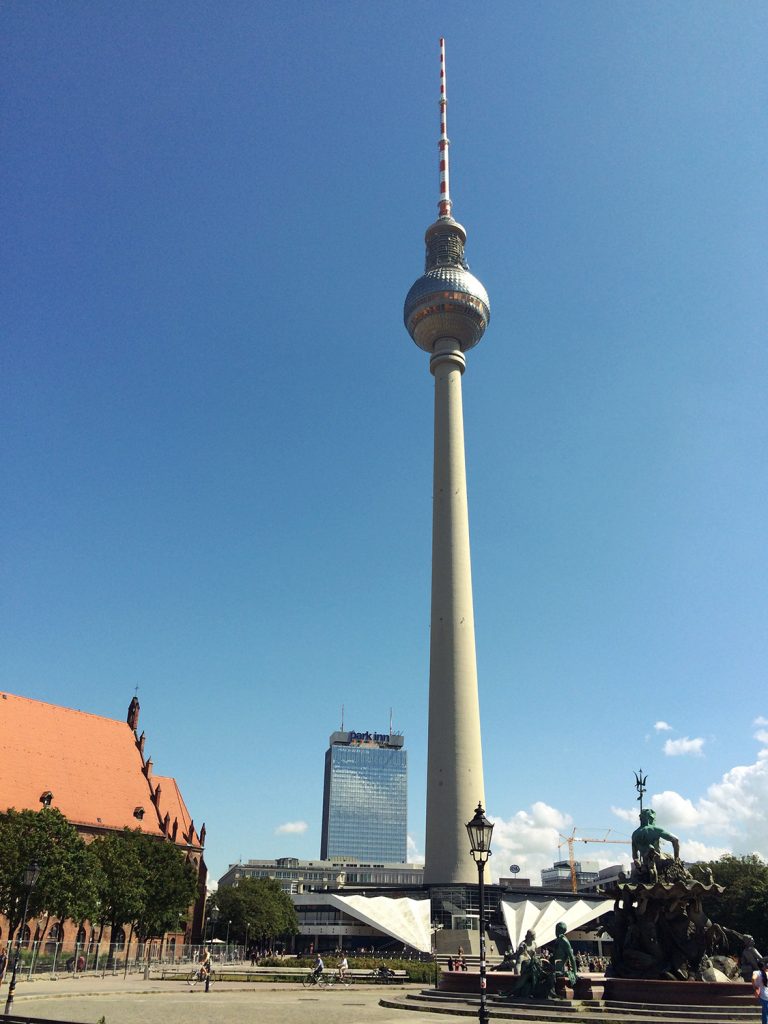 This is looking towards Museum Island. 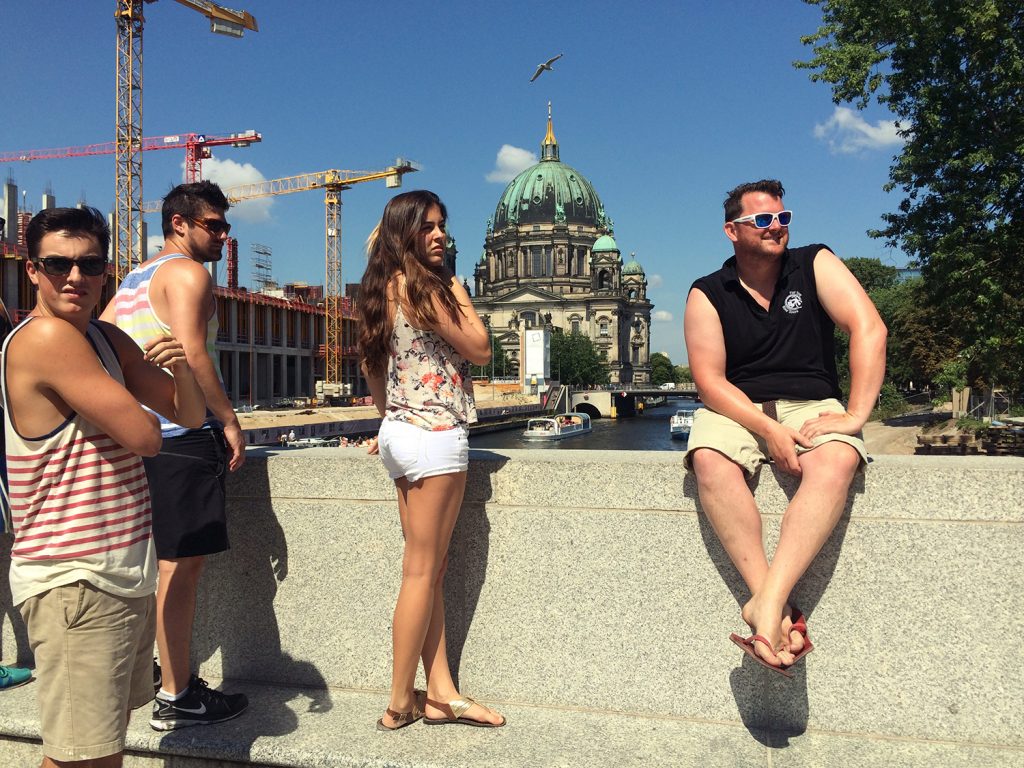 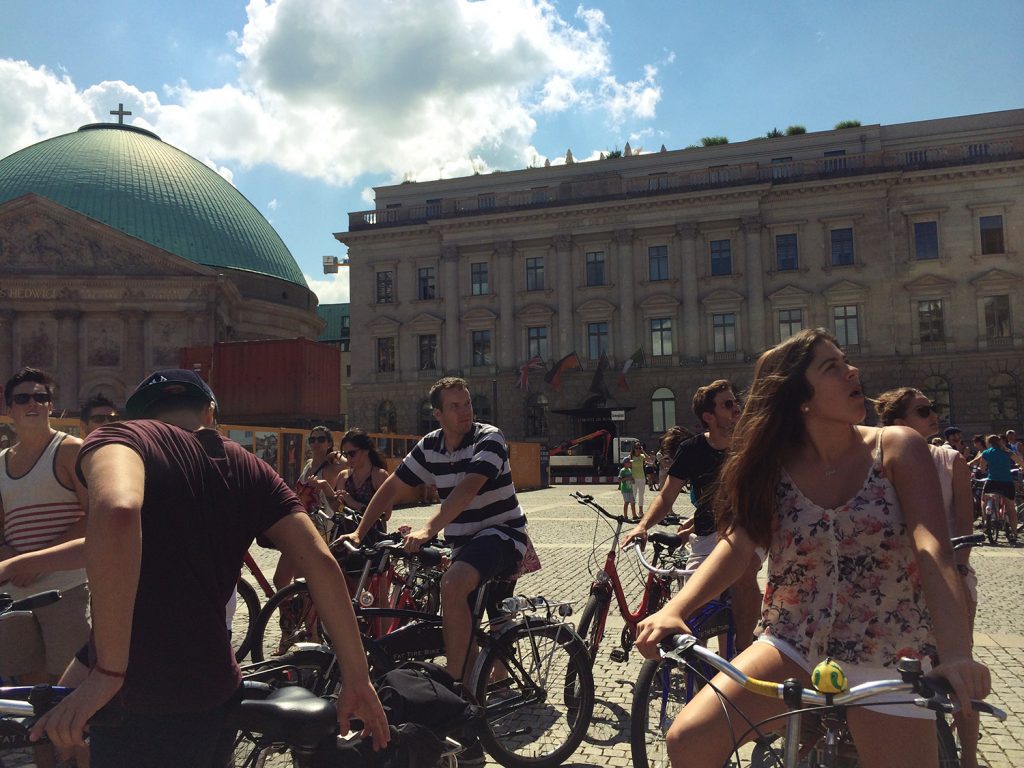 This is Humboldt University, which is the site of the 1933 Nazi book burning. 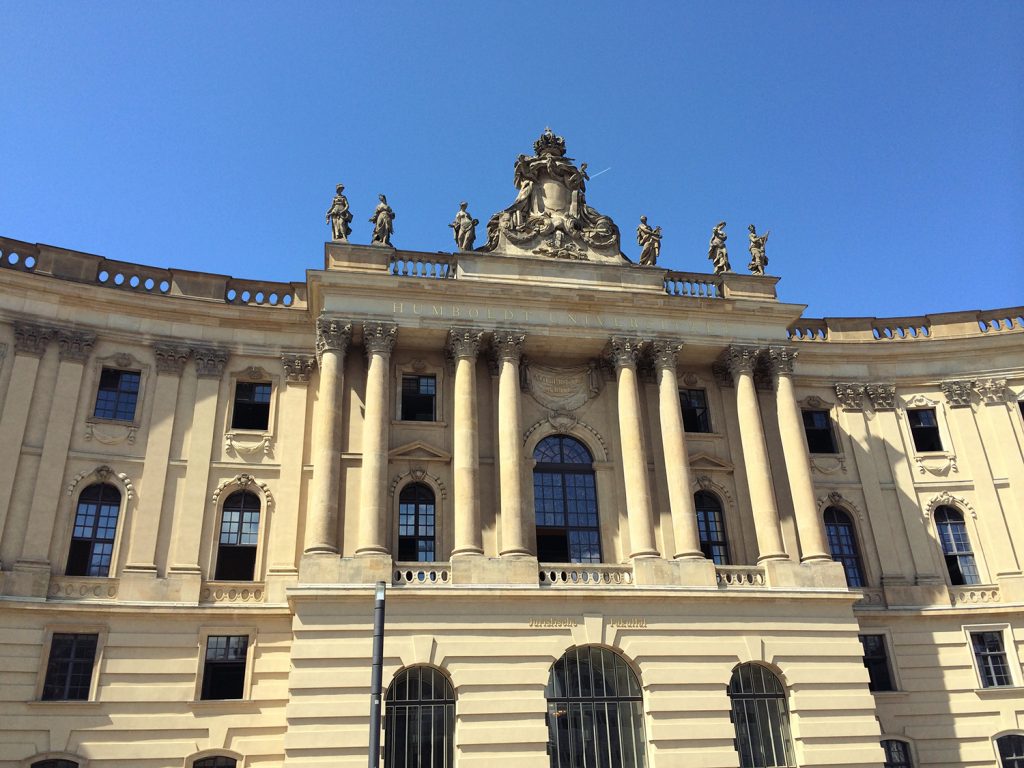 A plaque at the book burning monument, with a quote from an 1820 work by Heinrich Heine: “Das war ein Vorspiel nur, dort wo man Bücher verbrennt, verbrennt man am Ende auch Menschen” (“That was only a prelude; where they burn books, they ultimately burn people”). 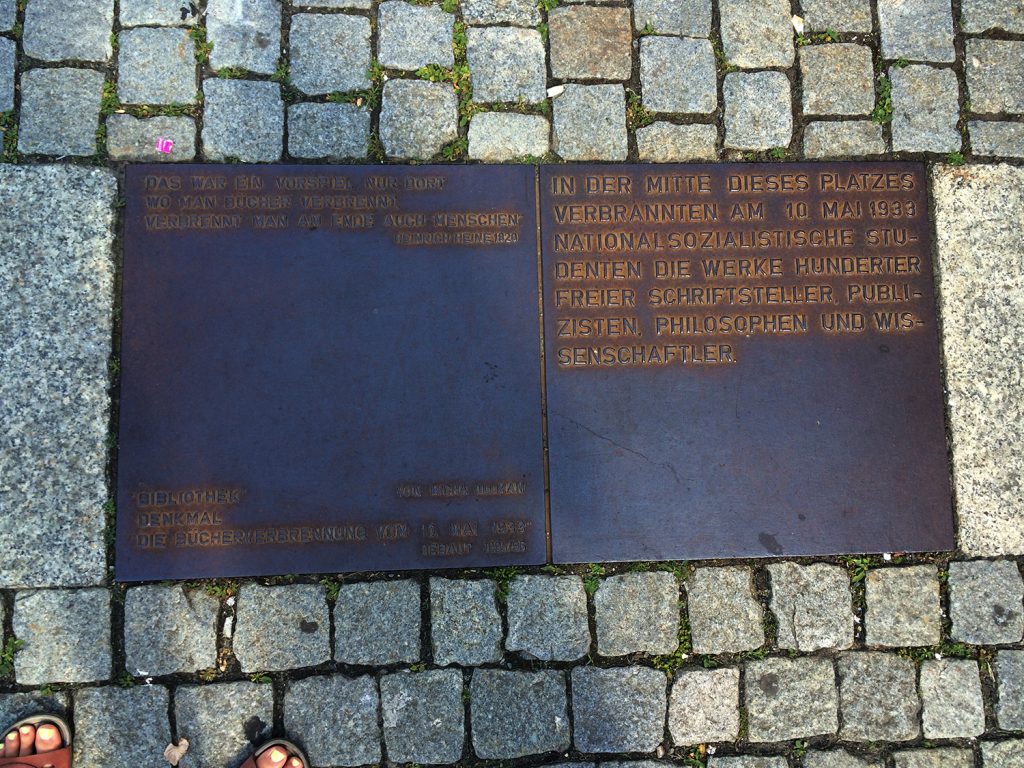 This was an underground room containing enough empty shelves to house 20,000 books. 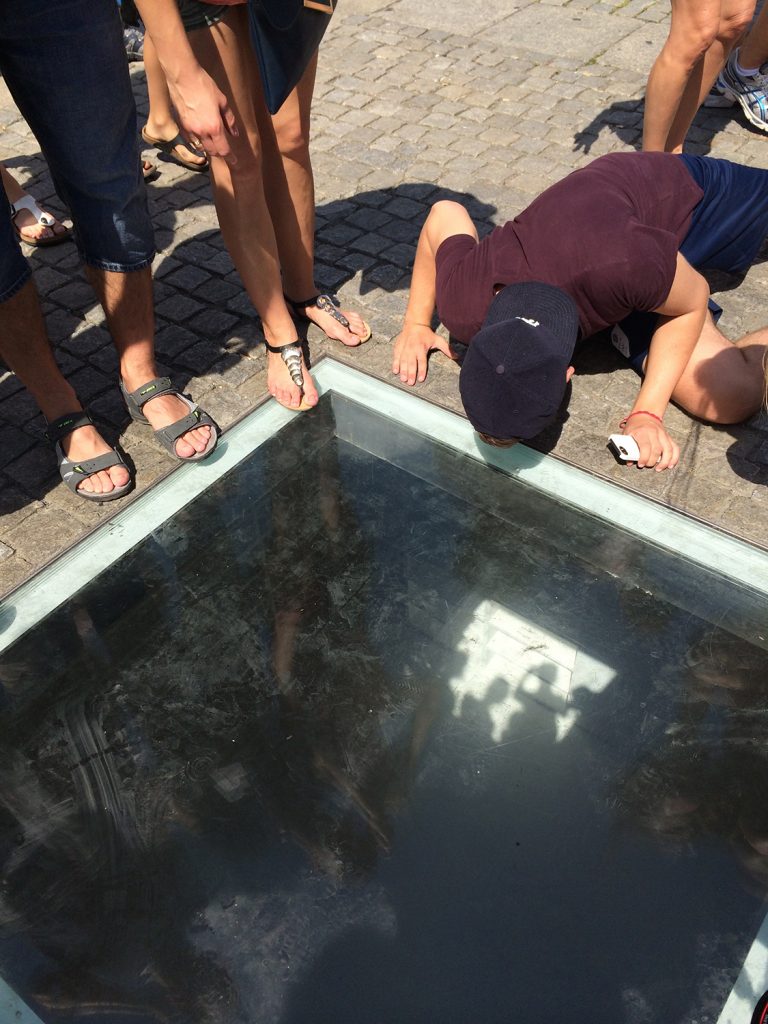 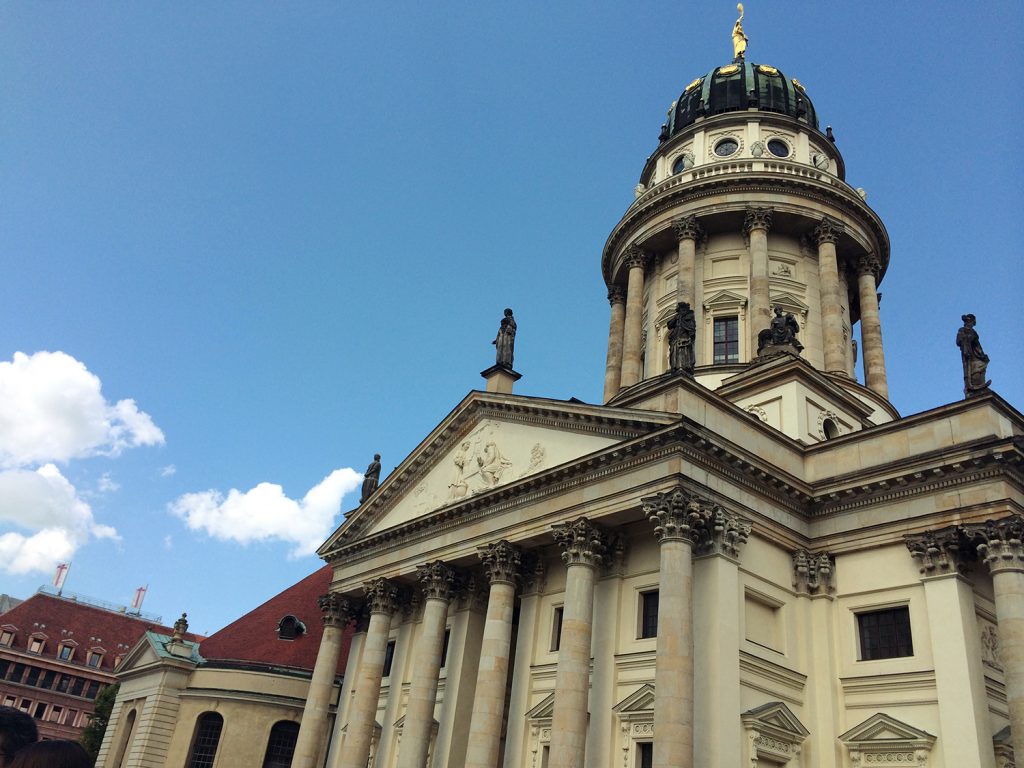 Checkpoint Charlie! This was the name given by the Western Allies to the best-known Berlin Wall crossing point between East Berlin and West Berlin during the Cold War. Now it is a silly tourist trap where you can have your picture taken with American “guards.” Hilarious. 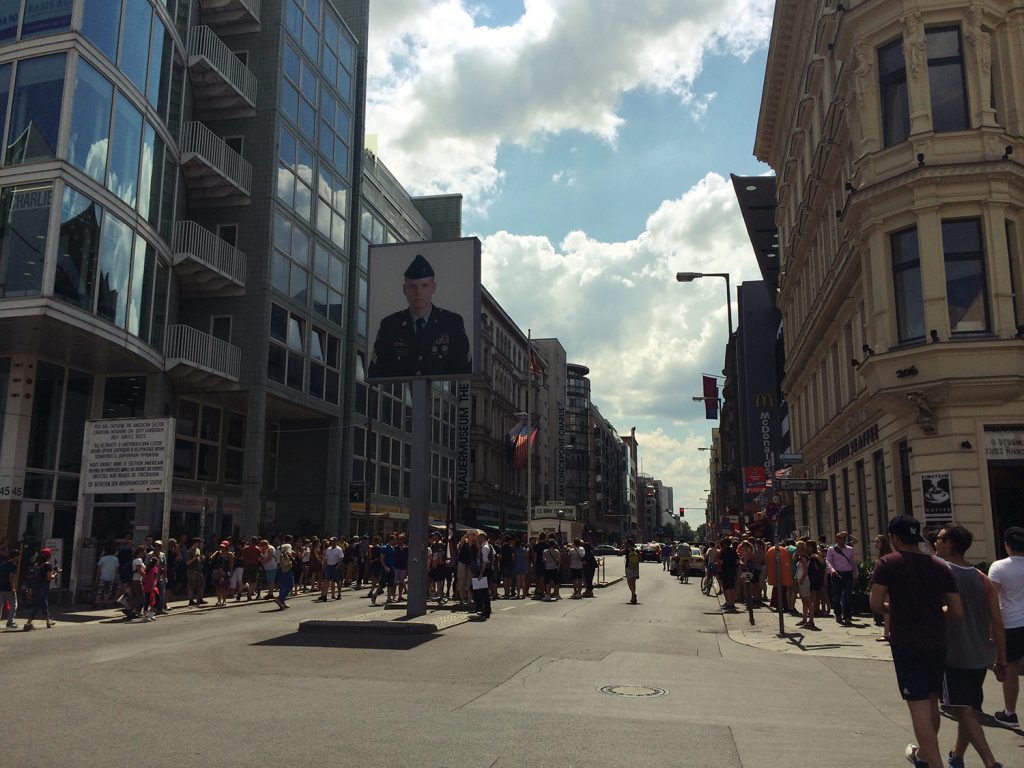 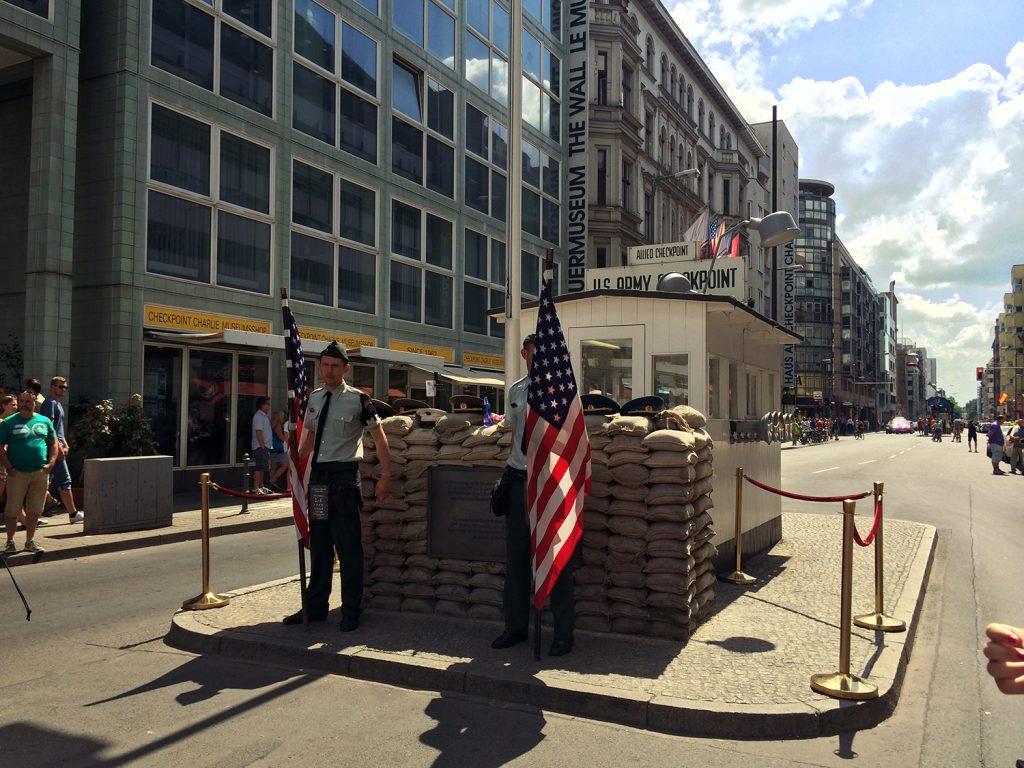 The Berlin Wall. On the tour I learned that they basically constructed the first version of this wall (which was basically a giant fence) in one night while people were sleeping. The next day, 65,000 people who lived in East Berlin but worked in West Berlin lost their jobs when they were unable to leave East Berlin. 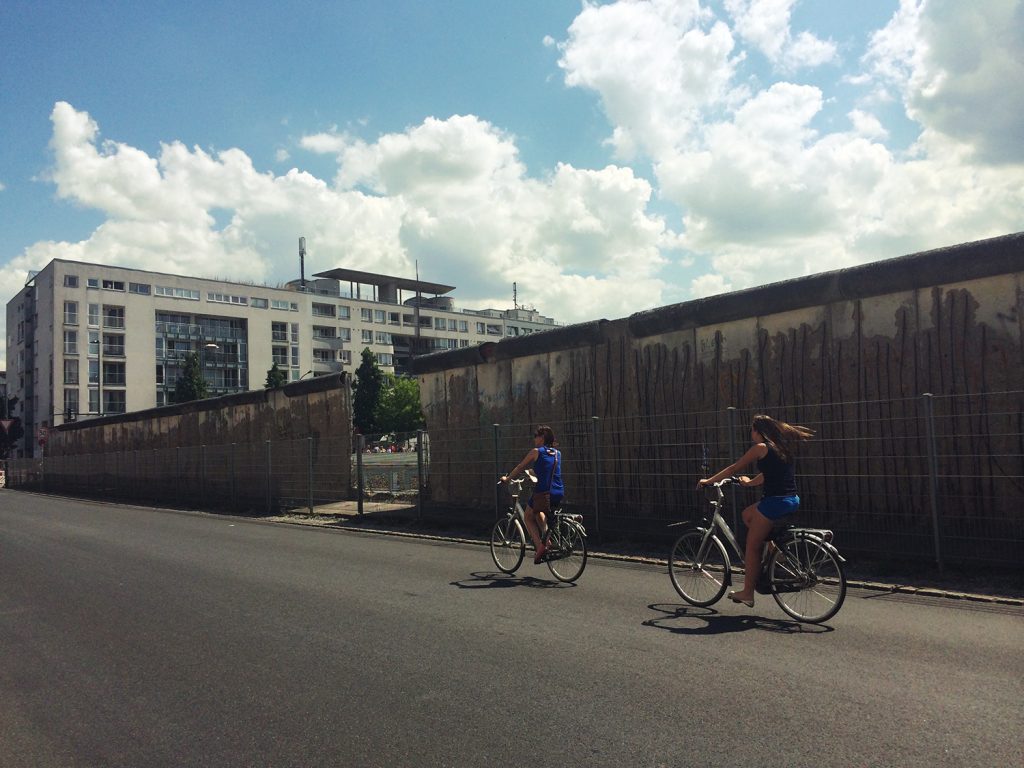 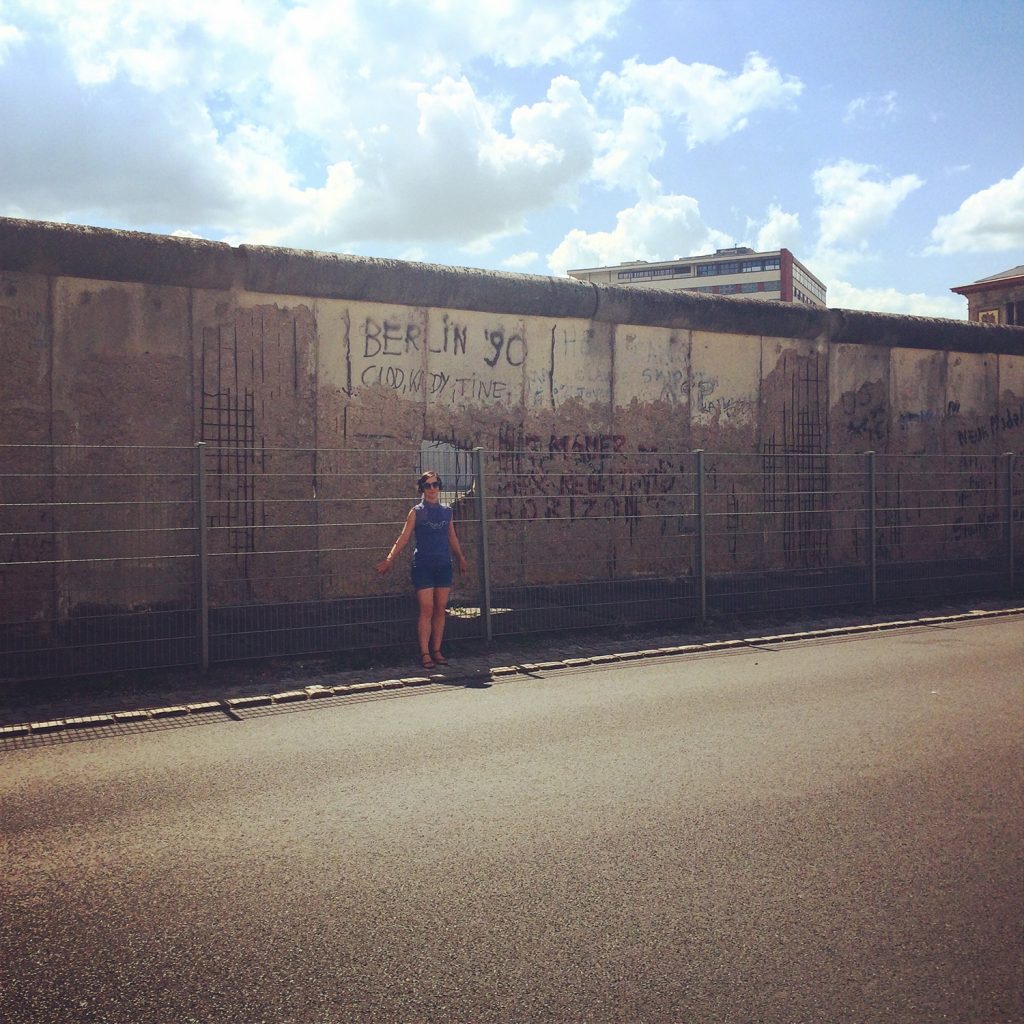 The East German watchtower on Potsdamer Platz. This is the only surviving watchtower from which guards could sniper you if you tried to cross over into West Berlin. 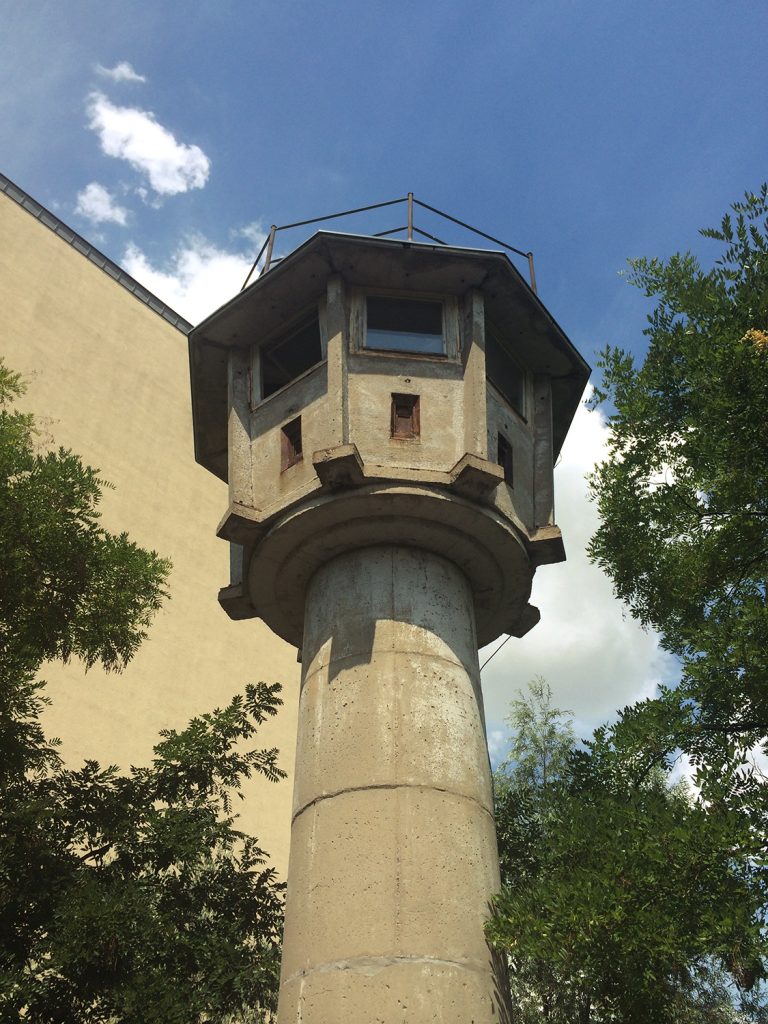 This doesn’t look like much more than a parking lot, but apparently underneath this parking lot is where Hitler’s bunker was during WWII, and where he spent the last months of his life. 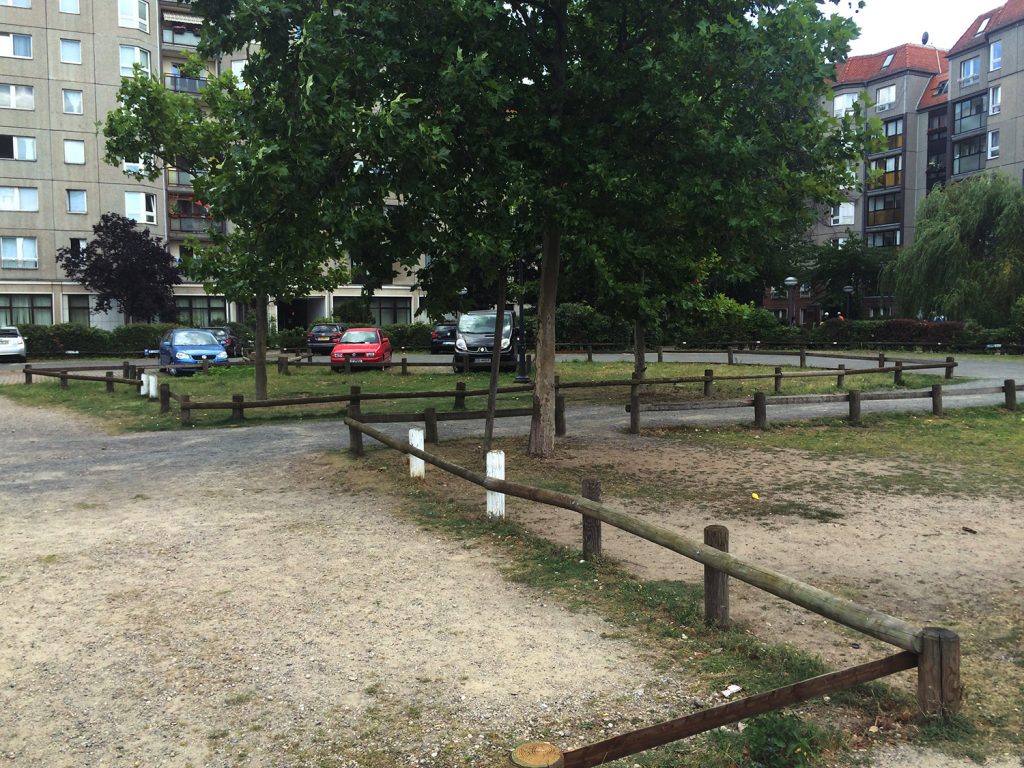 The Memorial to the Murdered Jews of Europe. I’ve noticed that the Germans don’t mess around with words. 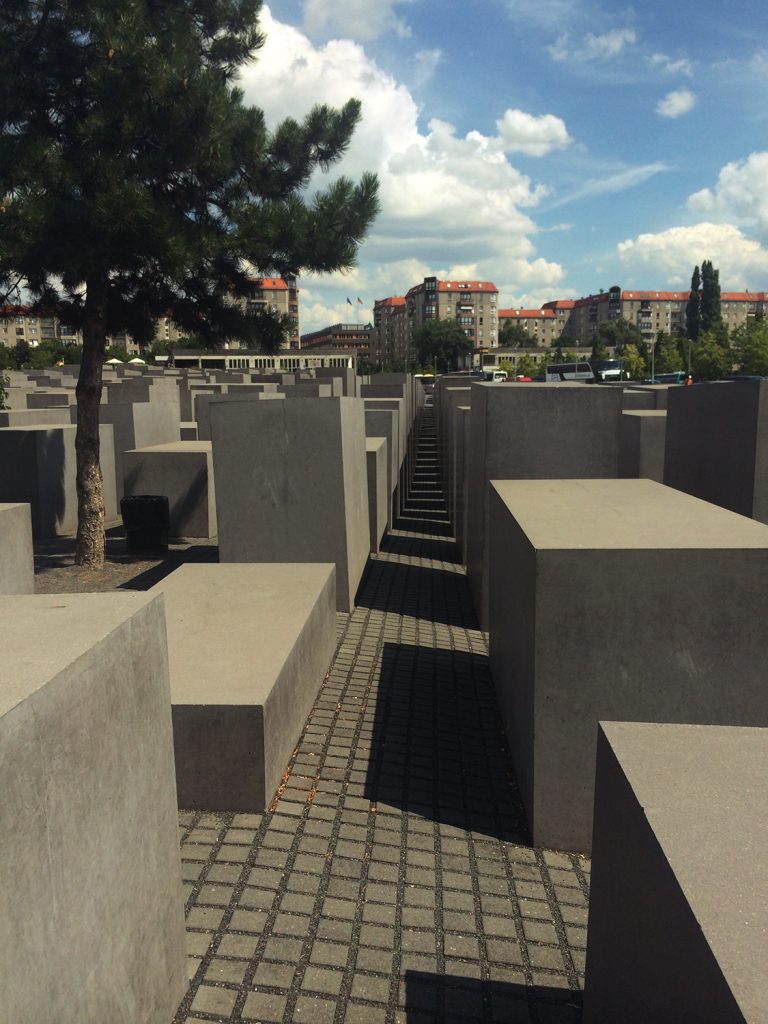 After all of that history, we biked through Tiergarten park and to the beer garden where we would have lunch. I had shnitzel and hefeweizen, and a delicious cheese filled pastry. 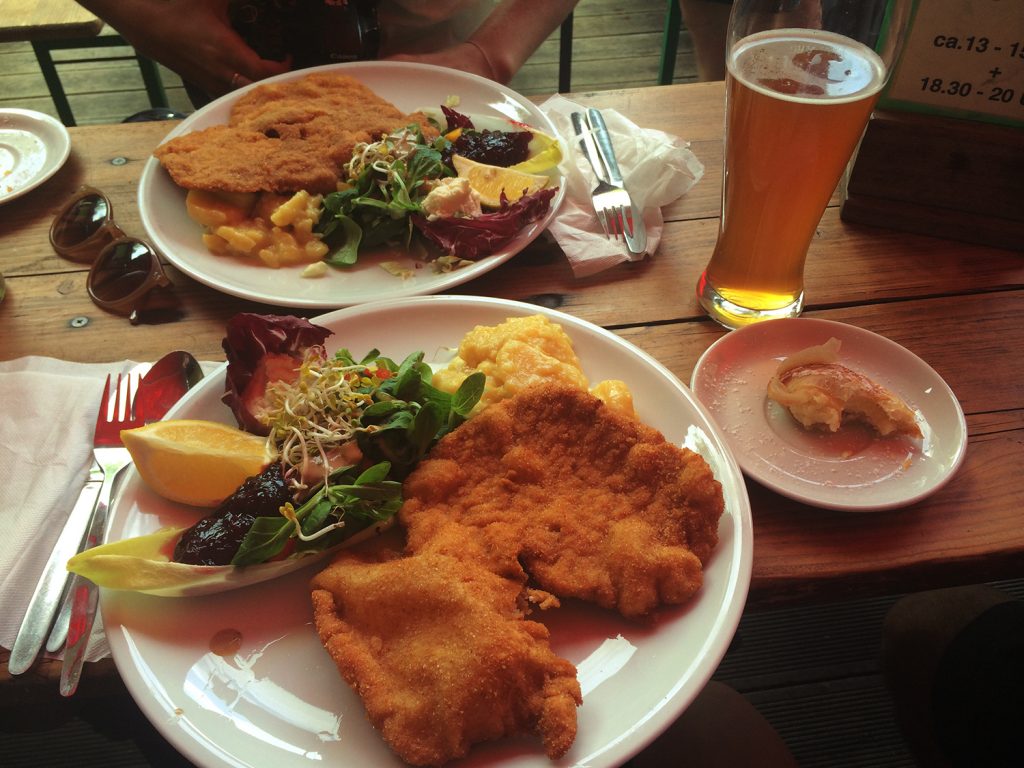 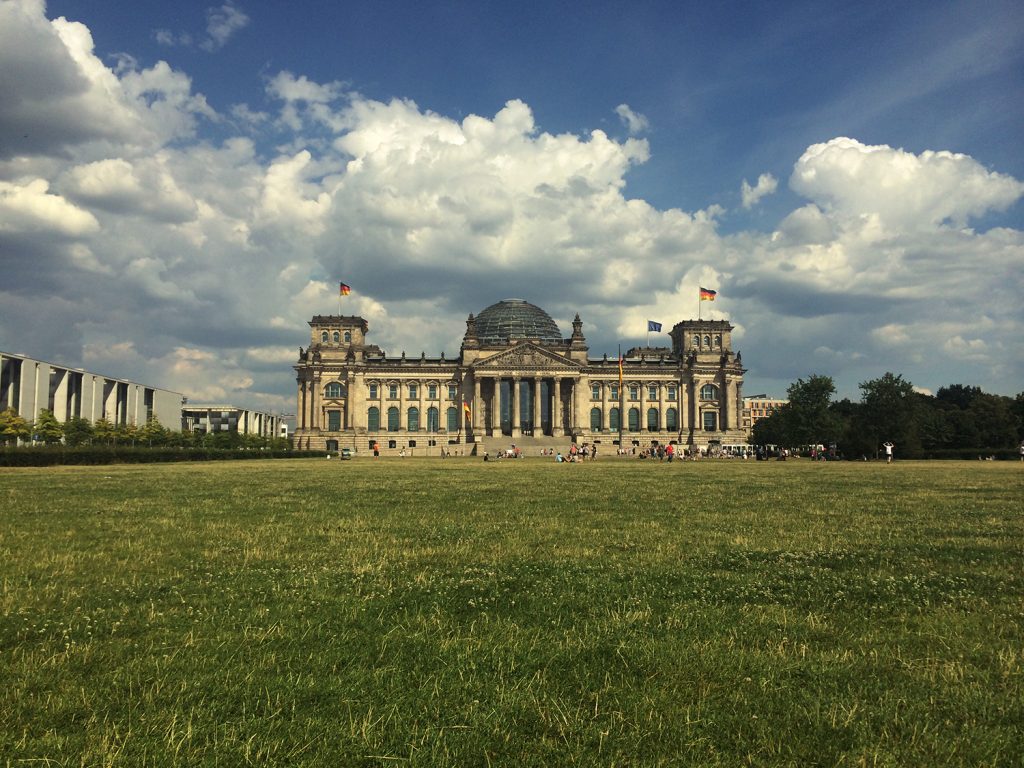 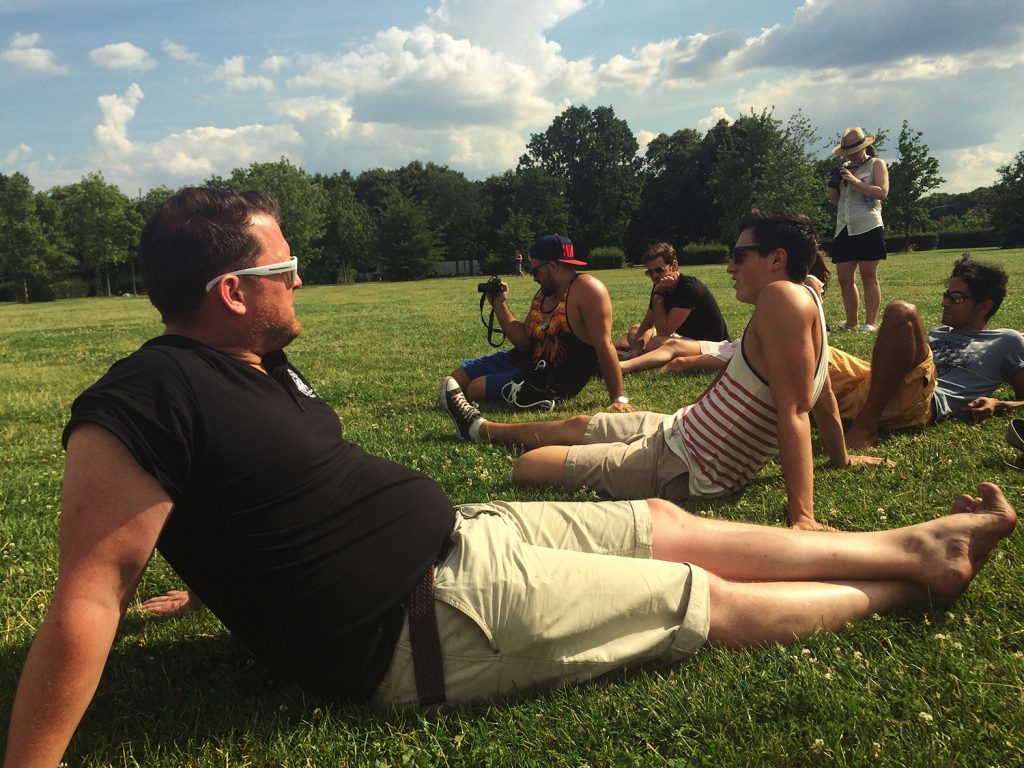 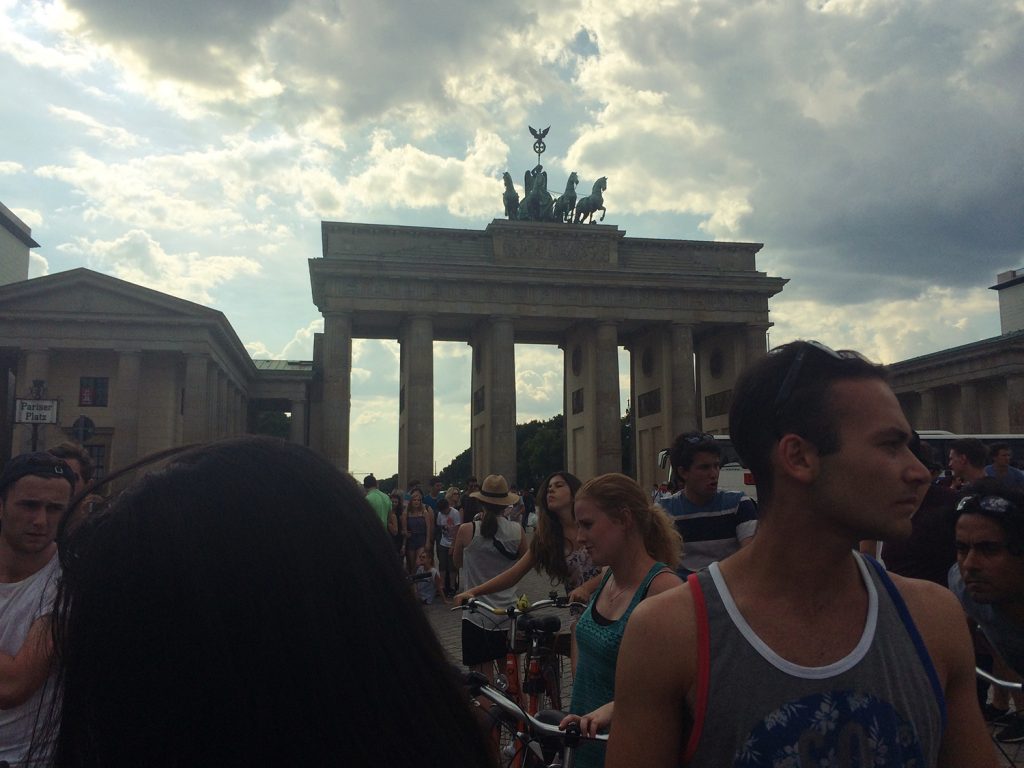 This is the hotel where Michael Jackson dangled a baby from the balcony- just in case you were wondering. 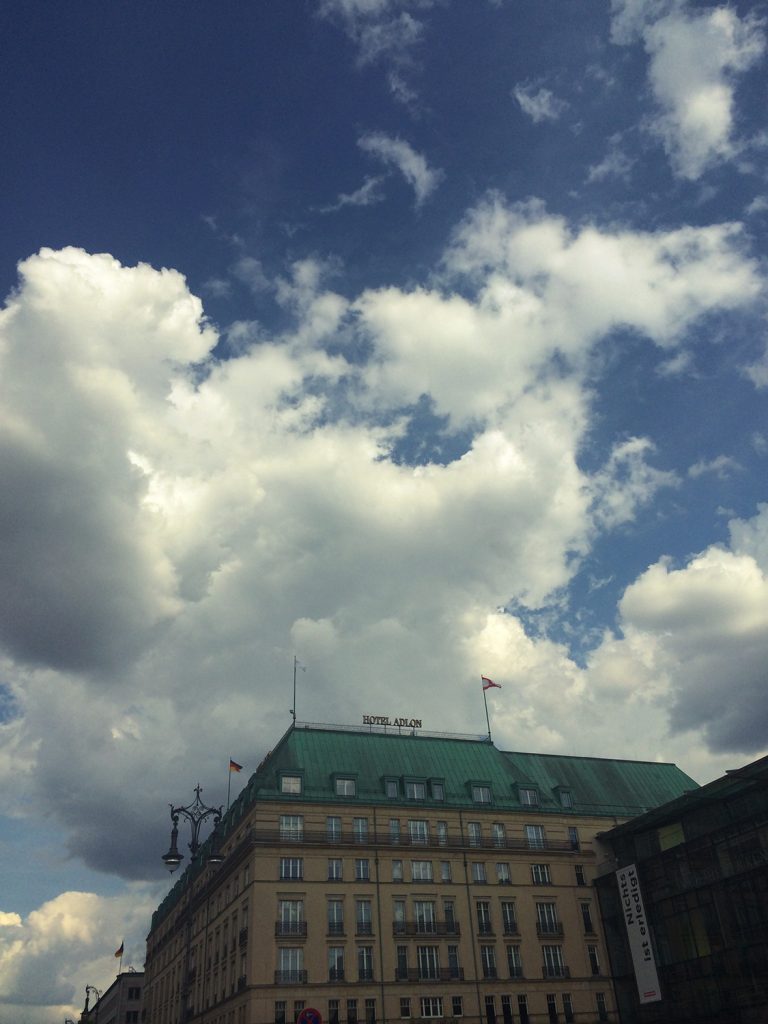 Overall, the tour was about 5.5 hours and then I biked back home to Elliat’s. I spent the entire day biking and it felt so good! I think orange bike and I have overcome our differences and have found a symbiosis with each other. After all of that running around, I spent the night in relaxing. This cold is taking its sweet time moving through my system.