Today I opted to sleep in till 11 AM, thus missing the dance class I had planned to take (though I’m going to go tomorrow). I opted to take a later yoga class instead, which took me on a meandering walk through some quiet neighborhoods that I really enjoyed. It’s been raining most of the day, but at least I got to wear my yellow raincoat.

Since I wanted the day to be low key, I improvised through most of it, deciding what to do on the fly. After the yoga class I ended up at The Gallery Cafe, which was a cute cafe with free wifi where I spent some time just reading and people watching. On a whim, I decided that I needed to at least visit a cemetery while I was here (with visions of Audrey Niffenegger’s Her Fearful Symmetry dancing in my head). The cemetery in that book is actually Highgate Cemetery, which you can only visit at certain times on a walking tour. I opted to try Abney Park Cemetery instead.

To be honest, it scared the crap out of me. I got there around 6 PM and there wasn’t a ton of light in there with the rainy day. I couldn’t tell you what creeped me out more- the dead people or the living people who were roaming around looking lost. 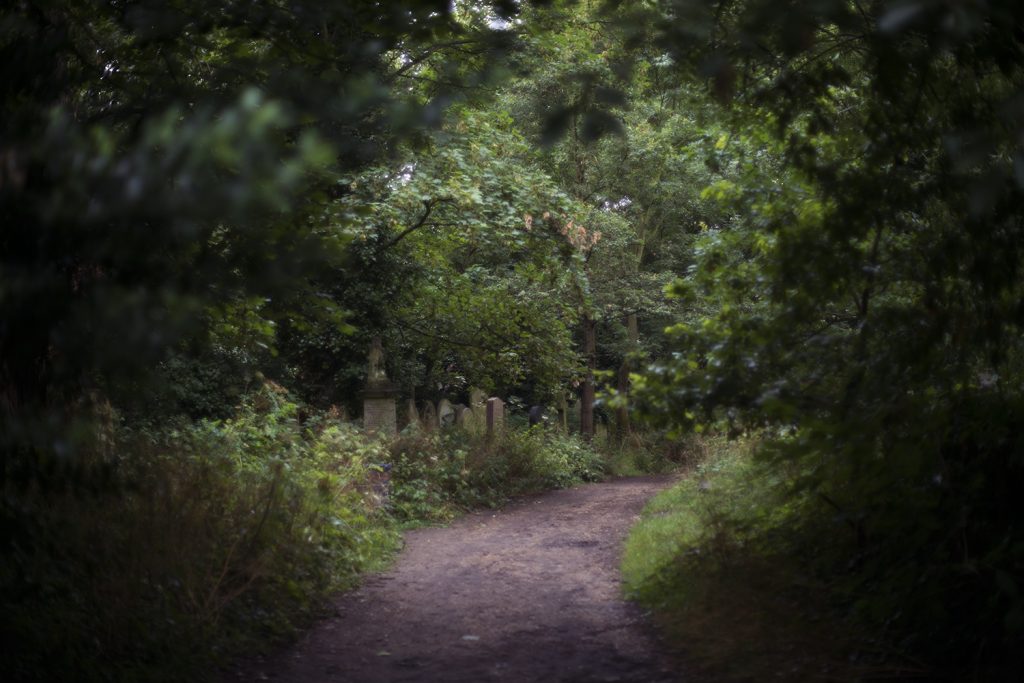 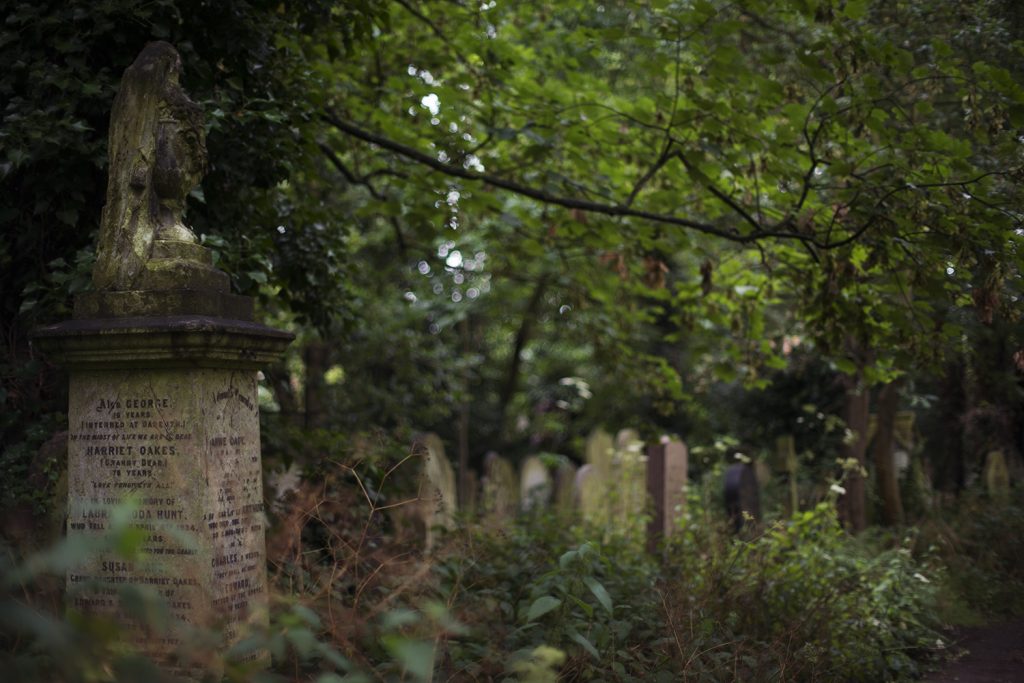 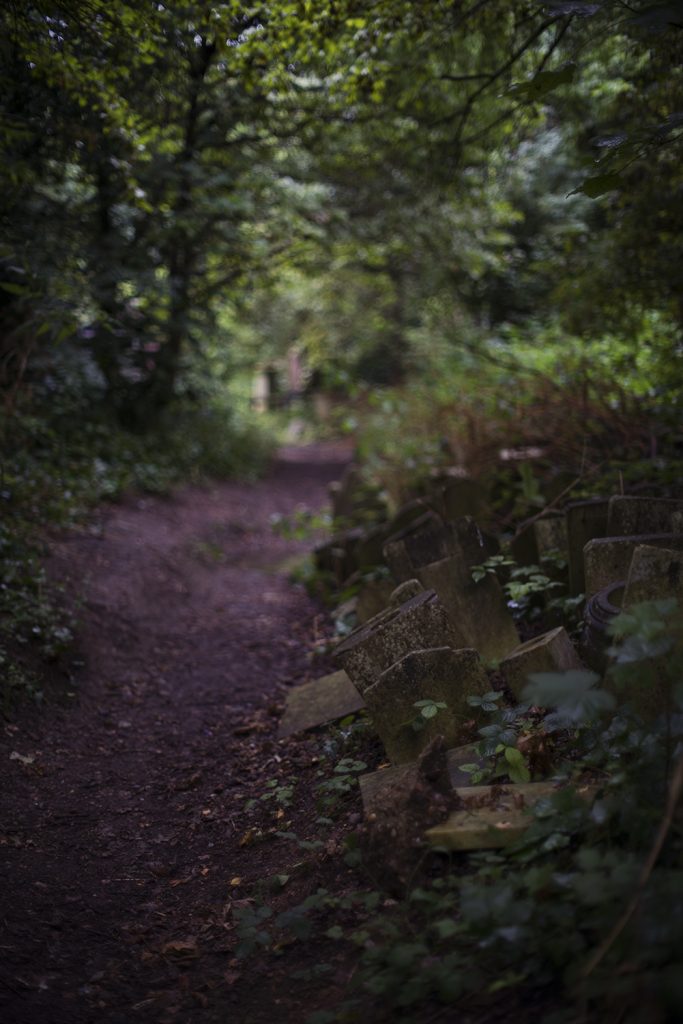 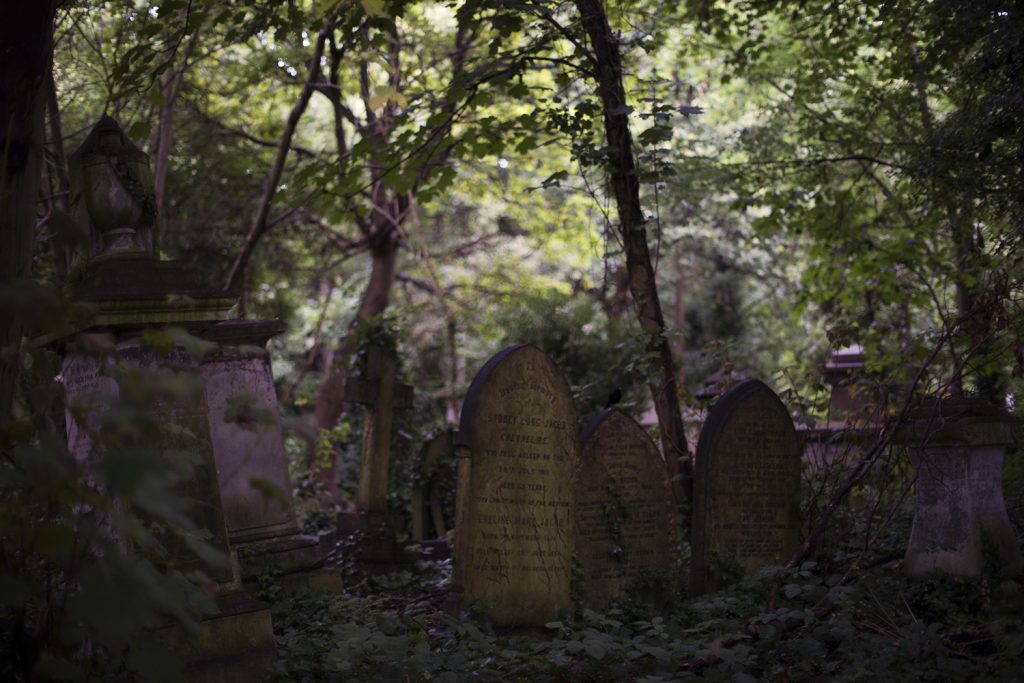 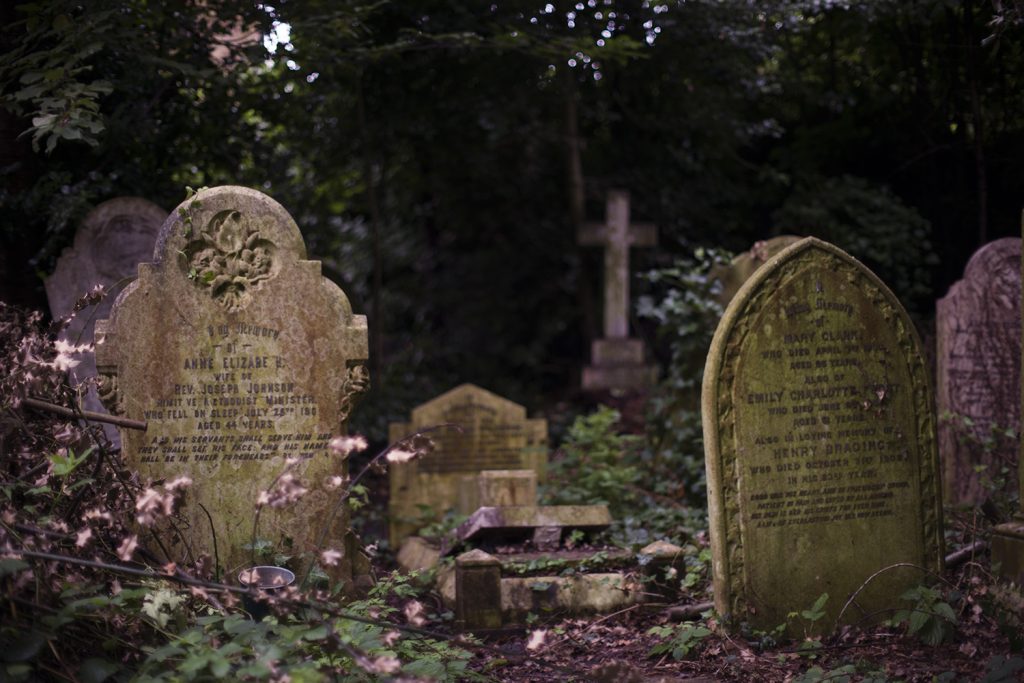 I took one of those double decker buses back, snapping photos out of the top of the bus on my way back to the hostel. 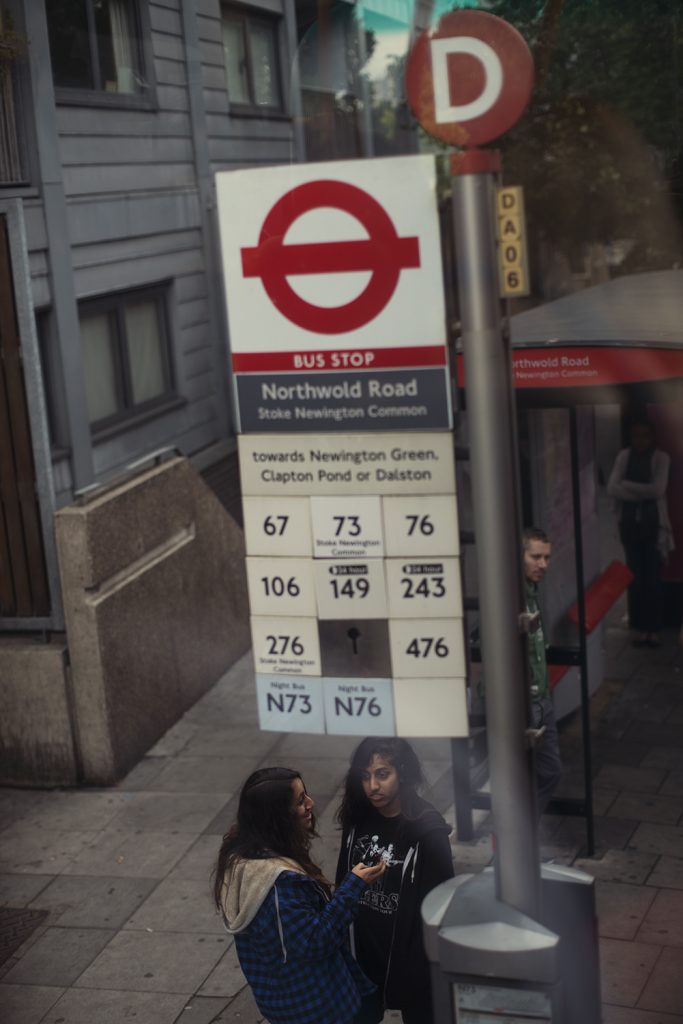 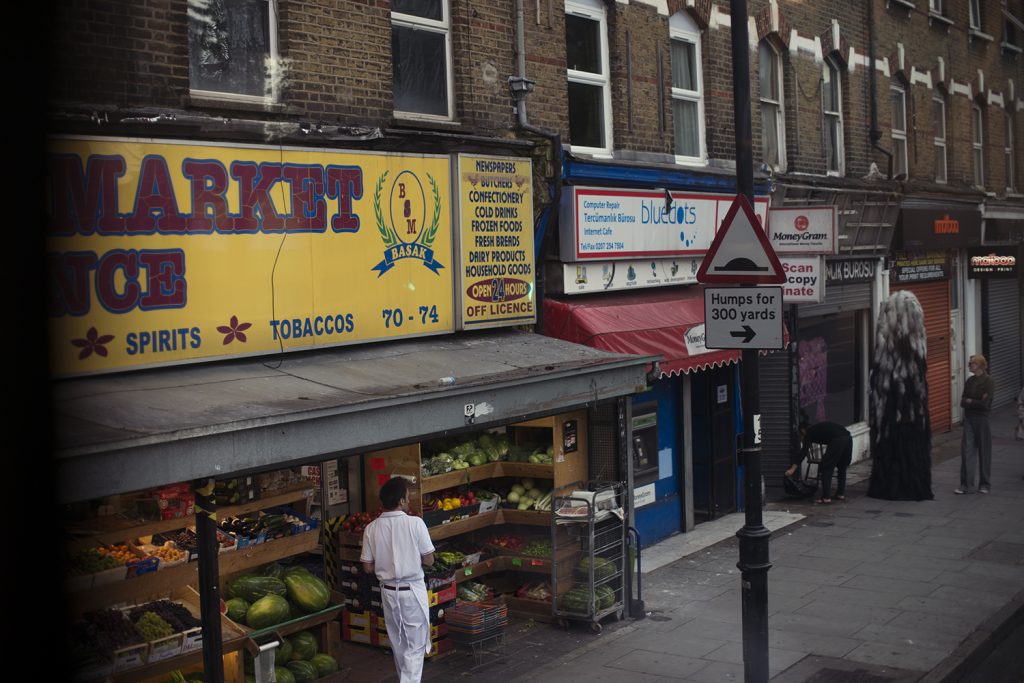 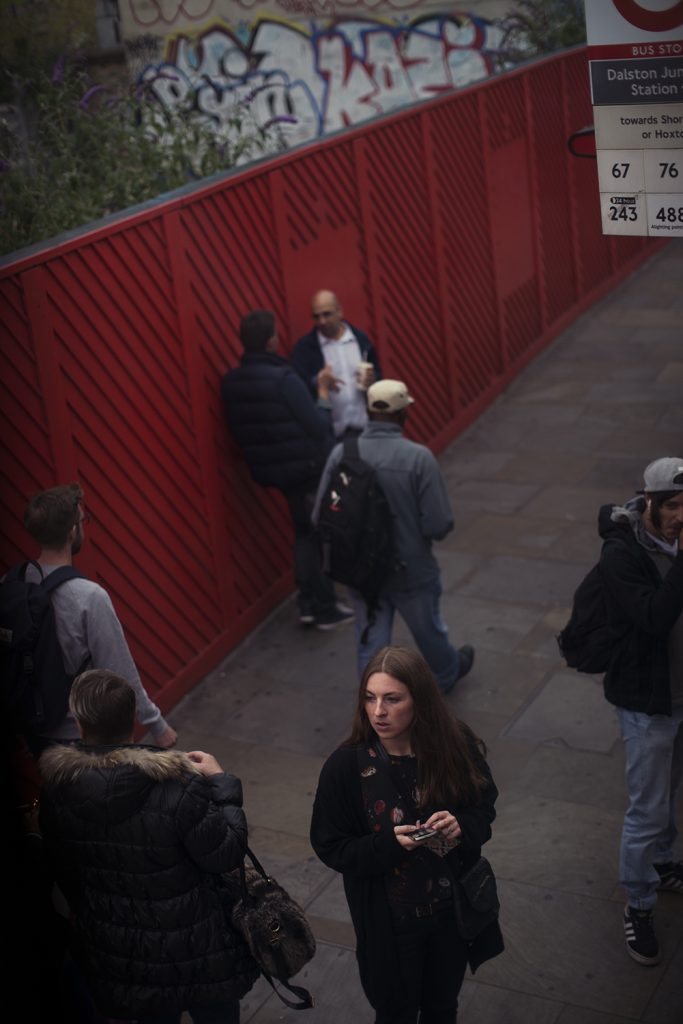 I’ve decided that mostly what is making me grumpy here is that my hostel sucks. There are pretty much no places to go to have privacy or even comfort. Even the public areas are annoying- instead of wanting to talk to people, I just want to punch them. I’m trying to just get over myself and be open to the experience, but the truth is that I was basically born a grandmother and I really like my quiet time and “young” people mostly just irritate me. Lesson learned- I’ll be looking for less hip, more boring grandmother hostels in my future travels.