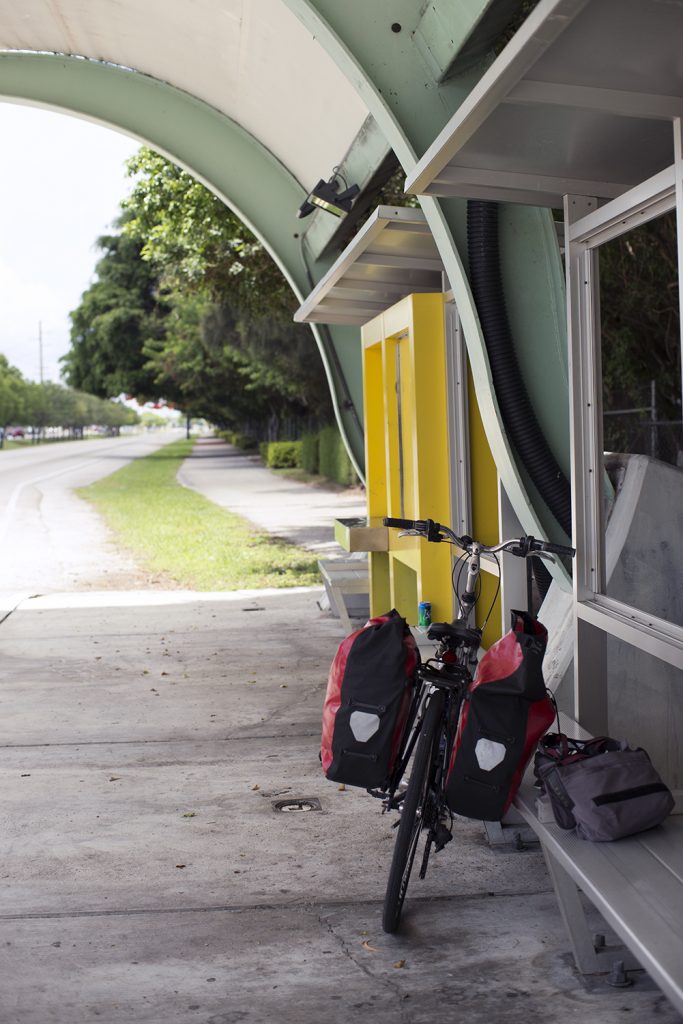 Today was the start of my 9 day journey down to Key West and back by way of bicycle. Today my ride was roughly 40 miles, so I got an early start after eating breakfast at the hostel. One of the hardest things right off the bat was figuring out how to organize the majority of my stuff (the things I didn’t leave at the bike shop with my roller suitcase) into the panniers. It was also a learning curve figuring out how to balance the extra weight on the bicycle. By mid day, I mostly got the hang of it.

Have I mentioned that I’m not a cyclist, and that I don’t really know what I’m doing? It’s true. The longest ride I’ve ever done before today was 24 miles. I’ve mostly avoided bicycles as a general rule since the bike accident in 7th grade that left me with a cracked upper jaw, cracked and broken teeth, and permanent scars on my face and hands. The fact that I’m riding at all is actually kind of amazing. Maybe I feel like I have something to prove to myself- taking on a difficult task combined with my own ignorance of how to do it- there’s something very thrilling about that.

I’ve tried researching advice on bike paths and riding specifically in the Keys, and I just keep coming upon alarmist things about alligators and traffic. So I’ve stopped looking. Seriously- I’ve decided to go into this at least partially blind for my own sanity.

Before I left San Diego, I got some supplies at Missions Hills Bike Shop, and this wonderful man convinced me that I needed to go to REI and buy a pair of bike shorts. I’m so grateful that he did- I feel like my ass chafing would probably be much worse now without them. Not to mention having tight shorts meant that I could comfortably shove my phone down them and have easy access to my maps and camera. Despite this, I only managed a few shots along the journey, as I was concentrating on not falling off or getting run over. 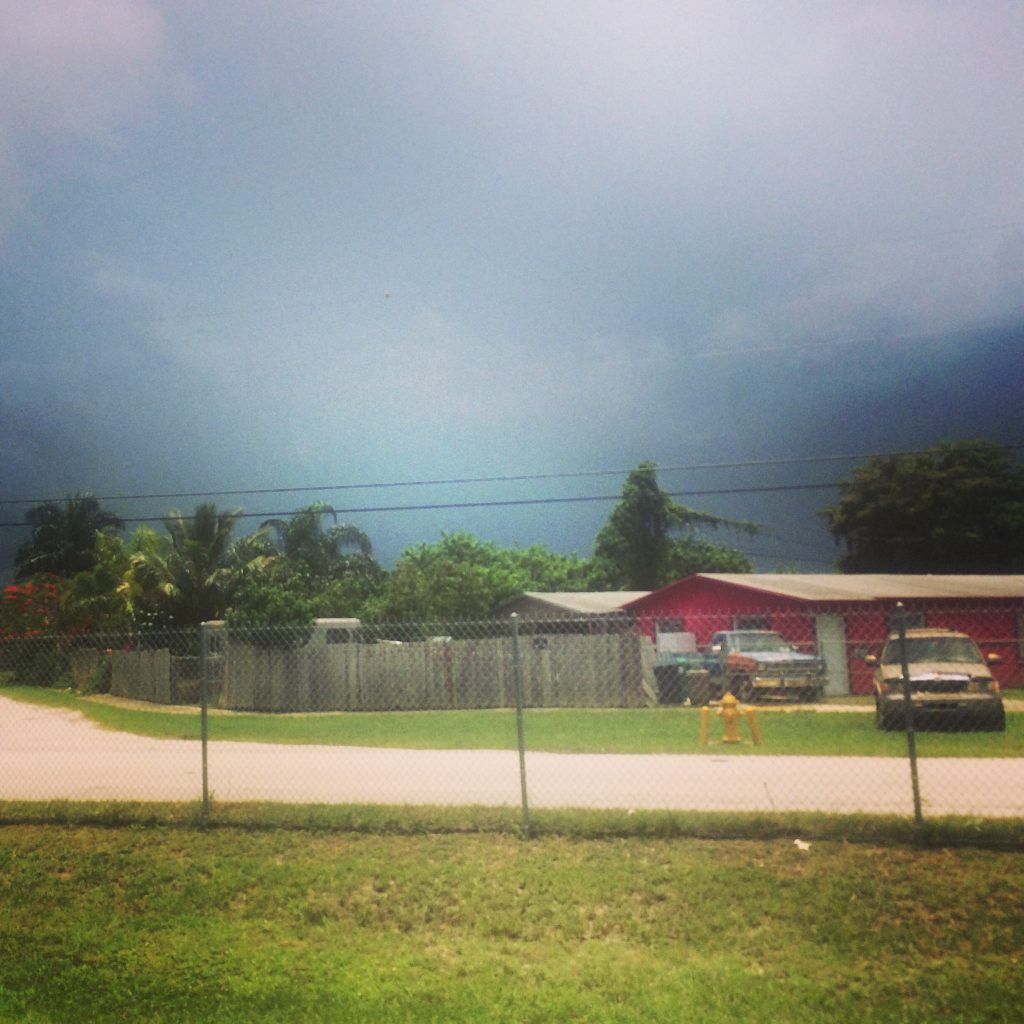 The weather is interesting- people keep asking me in disbelief why I am doing this ride in June, of all times. Honestly- I love the heat and humidity. If I had a super power, I suppose it would be being able to withstand high temperatures comfortably and with joy. I didn’t start actually feeling hot until mid-day under the bright sun. Lucky for me, it started thunder storming shortly thereafter and I became drenched and very cool.

I had to stop at the Coral Castle Museum on the way. One of my favorite things are these outsider artist projects/fortresses. Some other favorites include the Beer Can House in Houston, and Salvation Mountain in Niland, CA. 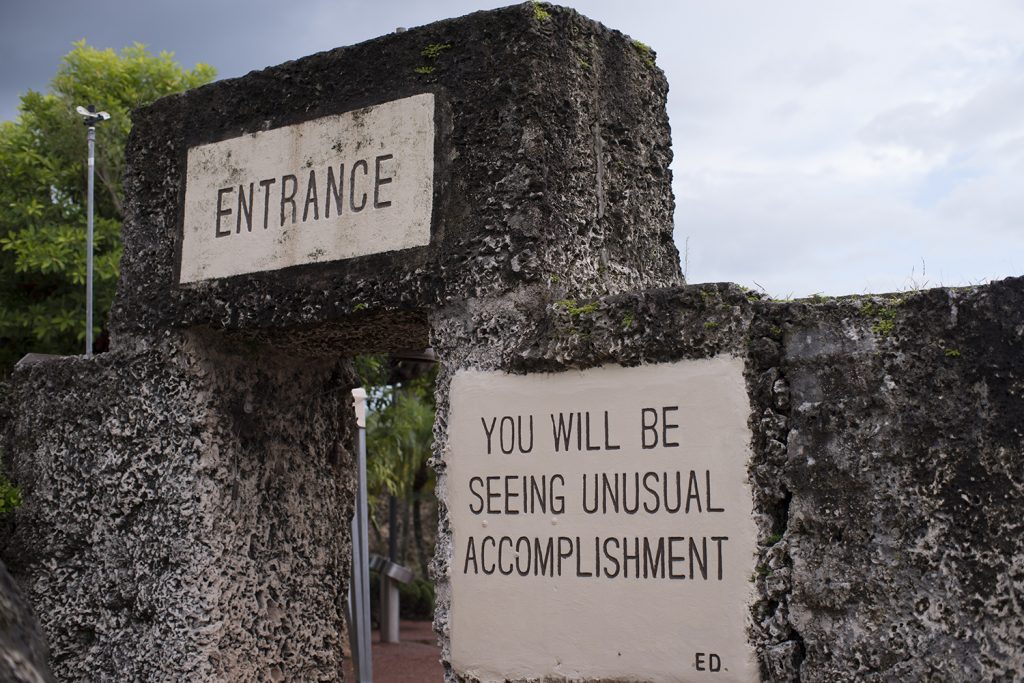 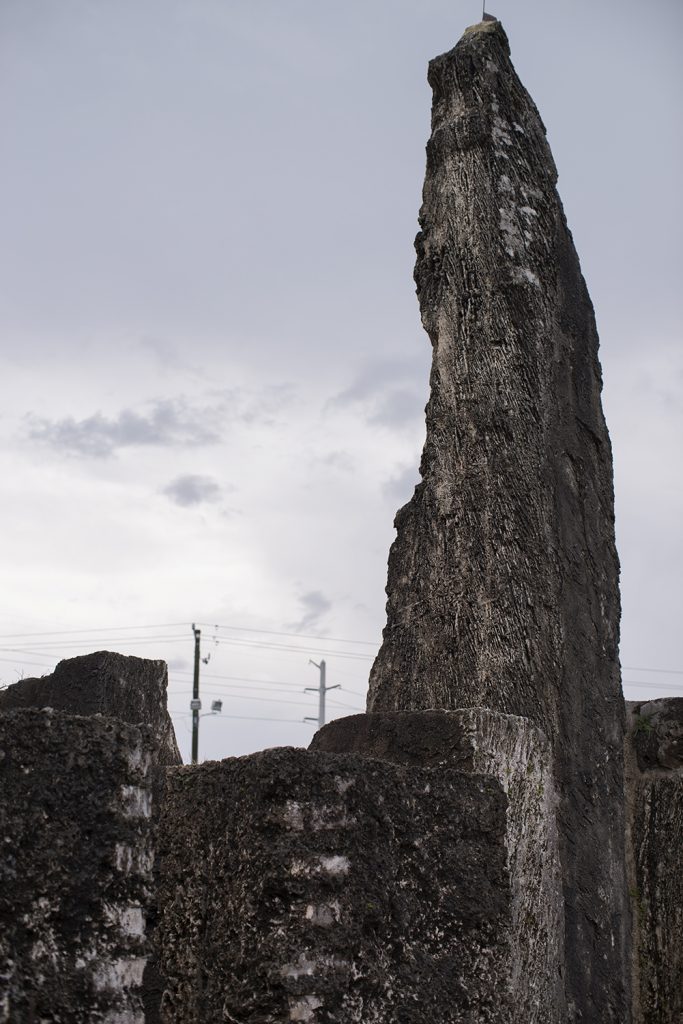 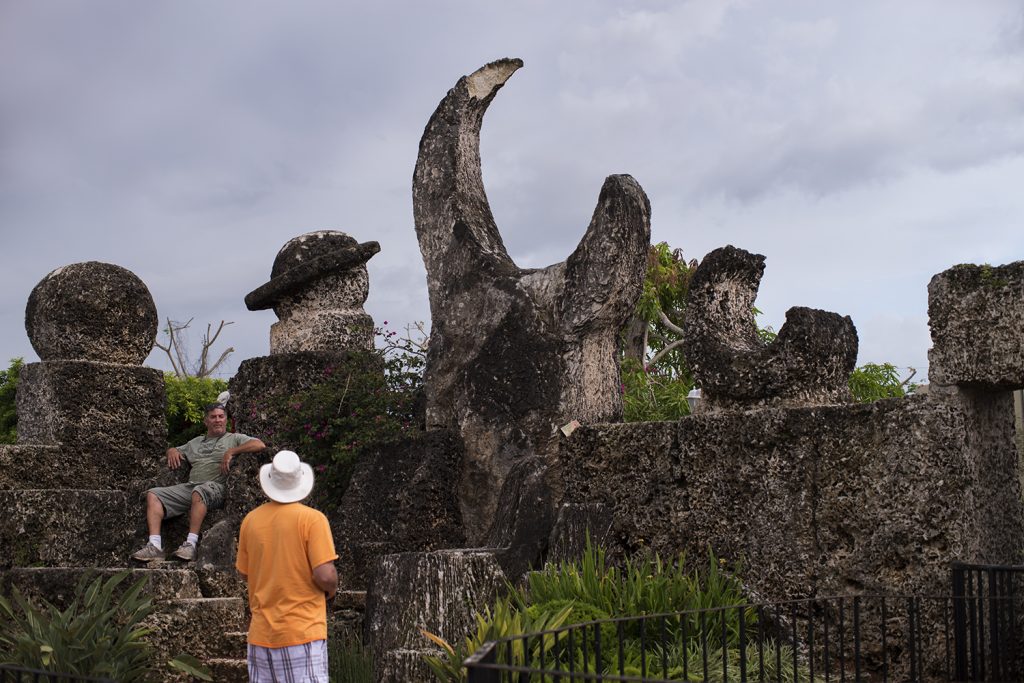 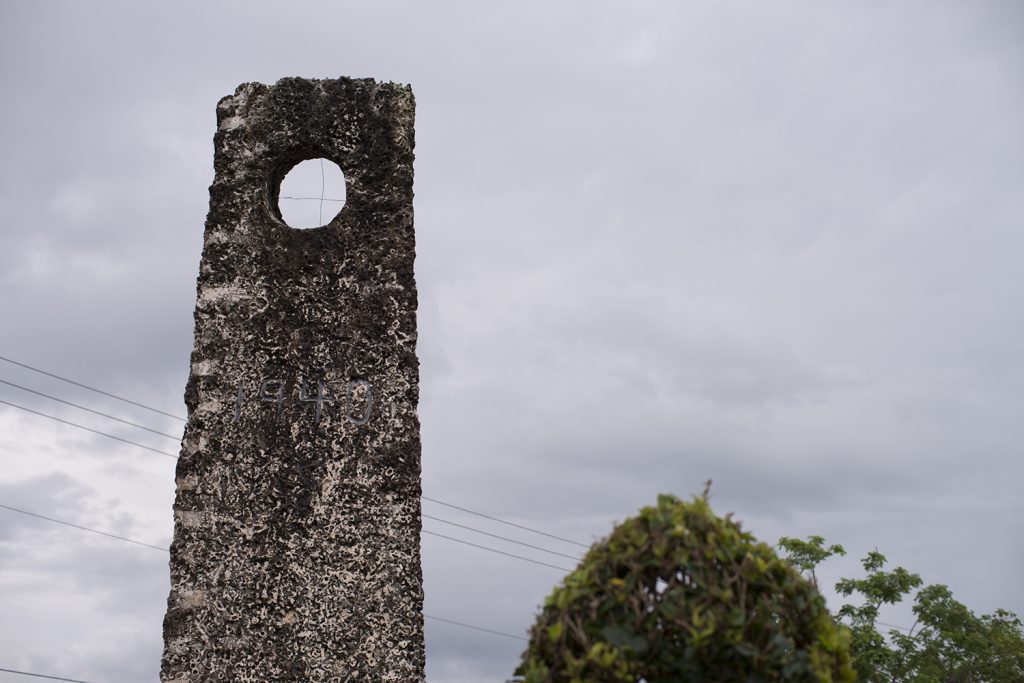 Since I was cheap with food all day, I treated myself to beer and seafood for dinner. This photo was taken outside the seafood restaurant: 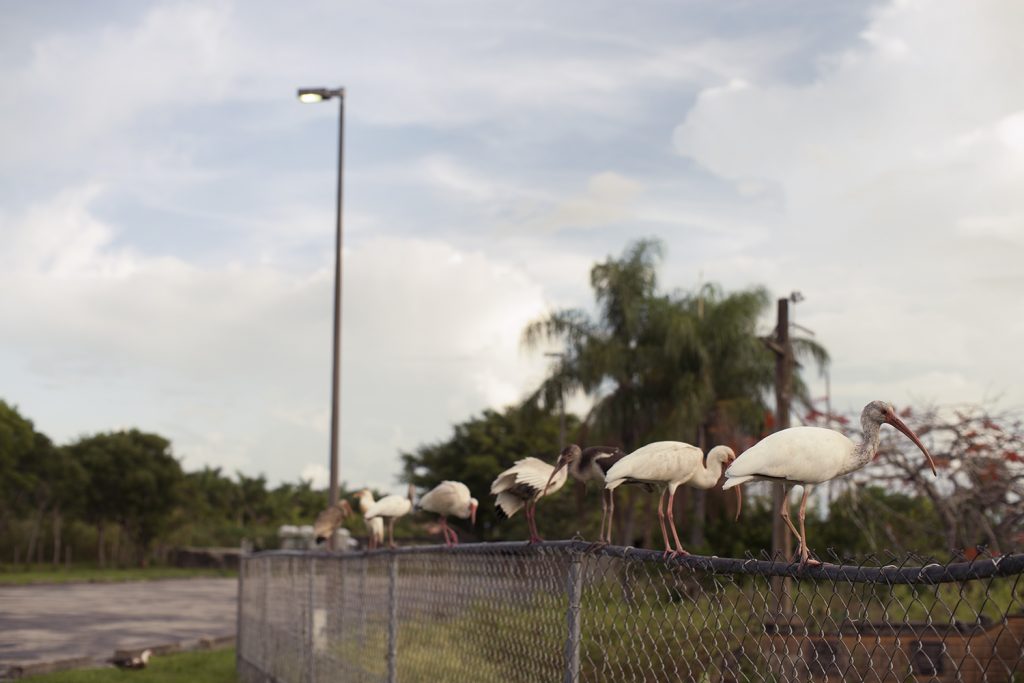 I’m staying in a motel tonight, which- after the hostel feels absolutely luxurious. Honestly, I’m having the best time- exploding my stuff everywhere without worrying about it getting lost/stolen, not wearing pants, watching a Forensic Files marathon- I’m in my happy place after a very tiring day. 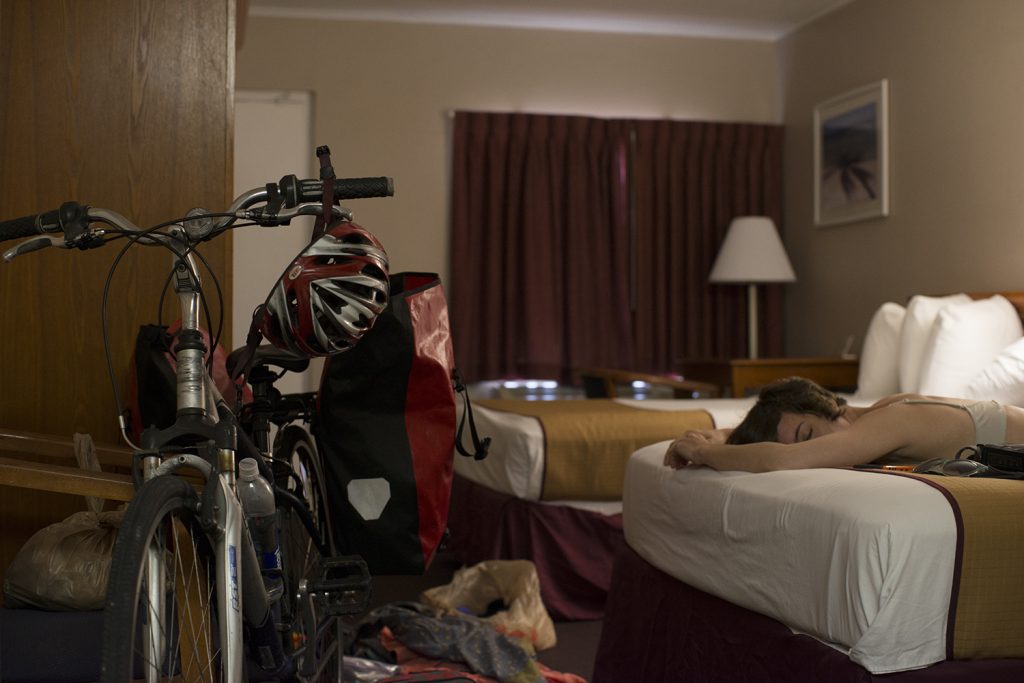